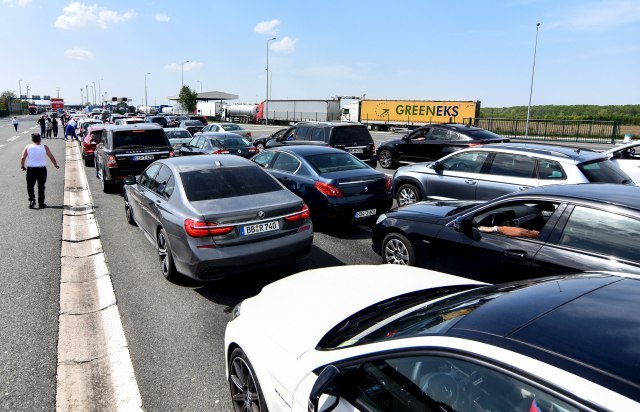 However, this has continued even after the holidays.

After five hours spent waiting at one border crossing, Sputnik was contacted by Marija Dragic, who says that Hungarian customs officers did not make an effort to send the drivers to the entrance for vehicles with EU markings, which was open for all vehicles during the time of big traffic jams.

Horrendous bottlenecks at the border crossings from the Hungarian side have been described as "an inexplicable scandal" by Alliance of Vojvodina Hungarians leader Istvan Pasztor.

He told Sputnik that the situation is made all the stranger by the fact that the inspection of cars and individual passengers lasts too long without any reason. It's not just about ethnic Hungarians from Serbia traveling to Hungary, the problem affect everyone, Pasztor said.

"Regardless of the reason for the trip, checks must be made. I am not appealing that there should be no checks, it has to be done, but it must also be much, much faster. As for our (Serbian) authorities, they should be insisting on this issue, but the problem is not on our side, neither on the way out, nor during the entry into the country. The problem is on the Hungarian side, both regarding the exit and the entrance," he said.

Pasztor is not ruling out the possibility that Hungary has introduced additional controls due to the migrant crisis, but points out that the explanation of "the system being down" is not acceptable, adding that he also doesn't understand why drivers are increasingly asked to do the breath alcohol test at the border.