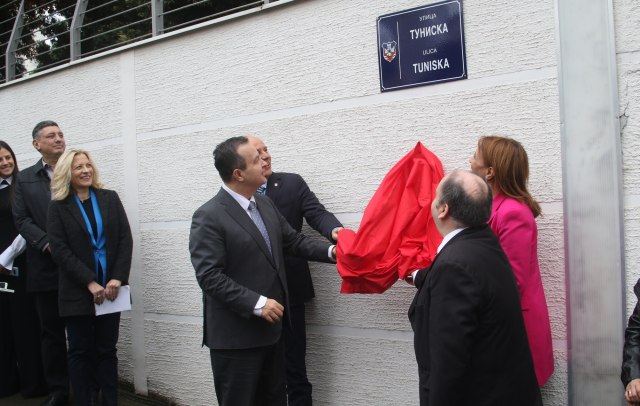 This respect exists between the two peoples, and extends to the sovereignty and territorial integrity of the two countries, Dacic said.

Speaking at the opening ceremony of Tuniska (Tunisian) Street in Belgrade, Dacic reiterated the eternal gratitude to Tunisia for providing shelter and assistance to Serbian soldiers, the wounded and civilians in the First World War.

Thanks to the great Tunisian heart, 52,000 Serbian soldiers recovered and returned to the military front to contribute to the victory of the allies in the war. There are over 3,700 graves of Serbian soldiers and civilians left in Tunisia, which is their eternal home. Serbia will never forget that help and friendship and will always cherish the feeling of a special relationship with Tunisia, Dacic underlined.

According to him, based on numerous, historical links between our two countries and our peoples, as well as on similarities in the foreign policy of our countries, we can build relations of not only closer cooperation and greater understanding, but also relations of strategic partnership.