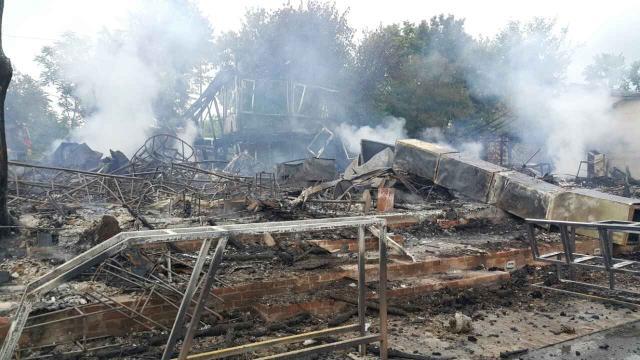 An explosion - most likely caused by a gas canister - was heard before firefighters localized the blaze, that had spread to another barge.

Head of MUP's Emergency Situations Sector in Belgrade Rade Milosevic told Tanjug that the fire was being extinguished and the area searched.

He said the total area affected was about 1,000 square meters.

Nobody was injured during the accident, that resulted in great material damage, as barge restaurants Koketa and Red Shoes burned down.