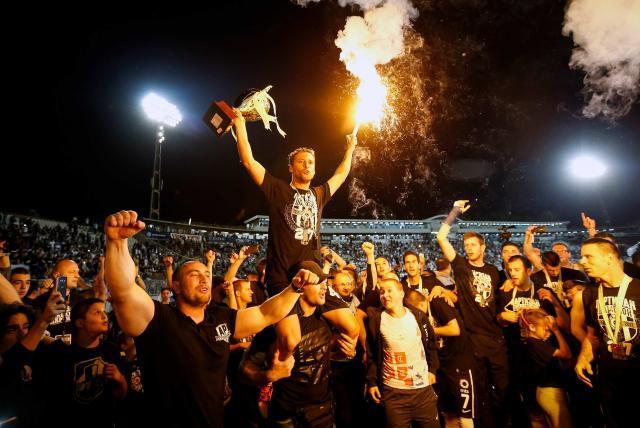 The championship was celebrated at Terazije Square, with fireworks and a display of flares, staged by the fans.

The victory parade through Belgrade's central streets - that made short stops in front of the Temple of St. Sava, at Slavija Square, and in front of the Serbian Presidency building - went without any incidents.