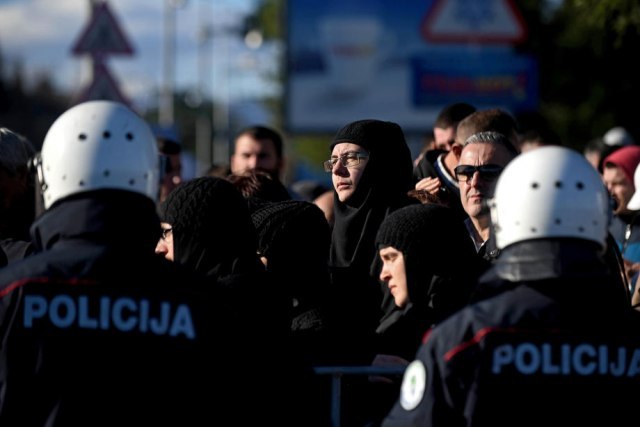 "It is part of the rule of law and the system of registration of real estate and potential state property, especially given the fact that Montenegro has gone through so much, if I may say , the change of states since independence before the First World War", senior associate at the Center for European Policy Analysis Janusz Bugajski told "Voice of America", commenting on Serbia's reactions to the Montenegrin Freedom of Religion Act.

"I think this is a good process and shows that Montenegro respects the rule of law. I think some members of the Serbian Orthodox Church are overreacting and have to be careful not to let radicals and nationalists use the church to undermine the Montenegrin state", Bugajski said.

The Venice Commission had some recommendations regarding the law and its implementation.

“The Venice Commission is very competent and the government has to take into account the things the commission pointed out during the implementation of the law. However, this does not affect the fact that there is a lot of property that has been confiscated by the Montenegrin Orthodox Church and the independent Montenegrin government and that it must it does not have to mean that the property will be taken back. It may not even have its original owners. But it has to be determined what it belongs to“, Bugajski concluded.

Adoption of the law also caused tensions between Montenegro and Serbia.

"There is an element in Serbian politics, both inside and outside the government, that seeks to undermine Montenegro's independence or its NATO membership. Unfortunately, there are still members of the Serbian elite and church who believe that Montenegro belongs to Serbia. Russia believes the same about Ukraine, and there are certain parallels here. Montenegro has its own independent church, which is not recognized in the same way that the Ukrainian church is recognized. However, it may happen in the near future. This cannot be ruled out. In order to maintain its independence, Montenegro must have its own institutions, and Serbia, on the other hand, cannot afford to enter into conflict with Montenegro, as this will undermine its progress, both towards the European Union and when it comes to stability within the country”, Bugajski said.

"Russia, of course, always plays a role in all this. Russia has not given up trying to destabilize Montenegro. Basically, part of Russian politics is to try to destabilize NATO from the inside. It can still use Serbian nationalism for this, this whole question Russia has suffered a major defeat in Ukraine, and does not want another one when it comes to the Serbian Orthodox Church, which is why it supports it as much as it could potentially lead Serbia and Montenegro towards violence. Russia will not suffer the consequences, but the local people, as always", Bugajski concluded.