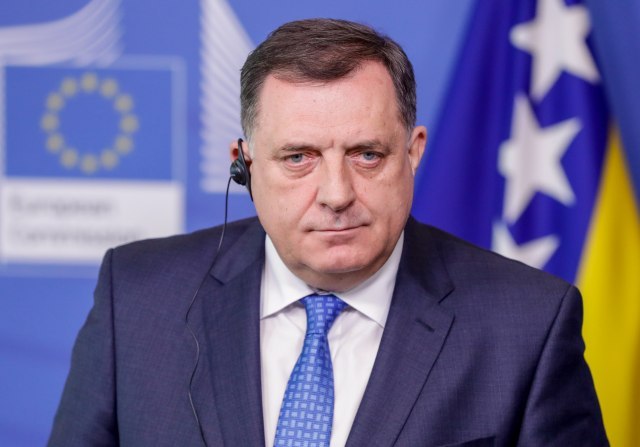 Banja Luka-based ATV broadcaster is reporting that Dodik last night commented on Bosniak (Muslim) member of the BiH Presidency Sefik Dzaferovic, saying that he was not visiting the Vatican on behalf of the Presidency, "as he wants to present it publicly."

"When I landed at the airport in Rome, the official protocol of the Vatican welcomed me, so I do not know what else I should explain. I think that this is common procedures applicable in the Presidency, that a member of the Presidency invited by someone from another state can go on an official official visit, and I'm merely using that," Dodik said.

He recalled that "only a month ago (Croat member of the Presidency) Zeljko Komsic did the same when he went to North Macedonia."

"There is nothing to explain, my meeting with the Pope will explain everything, while petty people who want to be splitting hairs - there is always room for that," Dodik said.

He said that this is an official visit and that during the meeting there will be talk of all important issues in relations between the Vatican and BiH, but also about the relations among religious communities in BiH.

"I will use the opportunity to inform the Pope of my views on the development of some of the past events and to try to come to some common position that it is necessary to build peace, notwithstanding the challenges that are not at all simple, as the world cries out for peace," said Dodik.

Dodik also said that he would inform the pope about the planned construction of a memorial for the victims of Independent State of Croatia (NDH) death camp Jasenovac victims in Donja Gradina, and that it was a joint project of the Serb Republic - the Serb entity in BiH - and Serbia.