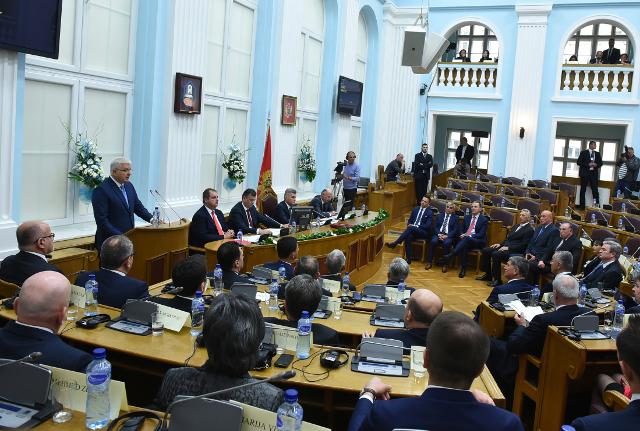 46 members of the Assembly from the DPS, the Bosniak Party, the Social-Democrats, the Croatian Civil initiative, the "Albanians Resolutely" coalition, and the SDP all voted in favor, Montenegrin media are reporting.

The only opposition party represented today was the SDP, with others boycotting the work of the Assembly.

DPS leader and Montenegro's former prime minister and president Milo Djukanovic said today, referring to NATO's bombing in 1999 of the Federal Republic of Yugoslavia, which at the time consisted of Serbia and Montenegro:

"We are not joining NATO in order to fight wars, but the opposite. When they tried to drag us into a war with the whole world, as in 1999, we were wise and said that it is not our war and that it was a private war, meant to preserve the positions of political structures in Belgrade. We opposed such a sinister interest. War is not our interest. We want to adopt a European system of values, and European countries are the backbone of NATO."

As the Assembly was meeting in the town of Cetinje today, the opposition, which stands against Montenegro's membership in NATO, organized a protest, saying that they will not recognize the Assembly's decision.