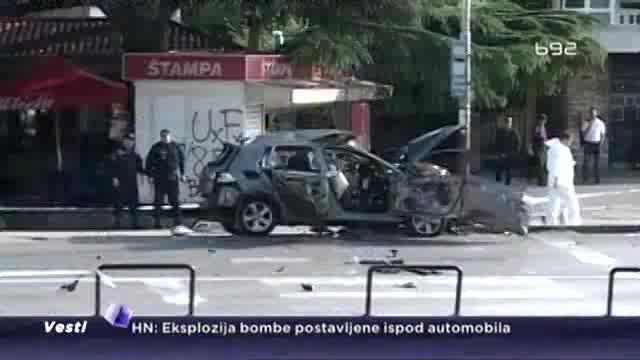 Belgrade's Vecernje Novosti daily is reporting this on Tuesday.

Roganovic was first taken to the hospital in Meljine where his legs were amputated, and was later transported to the Clinical-Hospital Center in Podgorica by helicopter.

The bomb was planted in the victim's car and detonated remotely, the newspaper said.

Eyewitnesses said that other people were injured in the explosion; however, Herceg Novi's medical emergency service and the Meljine hospital said they only received and treated Roganovic.

In 2009, Roganovic killed Belgrade resident Marko Vesnic, who was at the time the leader of Red Star supporters (aka "Delije"). Another man, Ivan Markovic, was wounded during the incident that took place in Igalo, Montenegro.

Roganovic was put on trial and sent to jail for 12 years, but the Court of Appeals later reduced his sentence to eight years.

"There is speculation that Roganovic even now remained connected to certain criminal circles," the daily said.