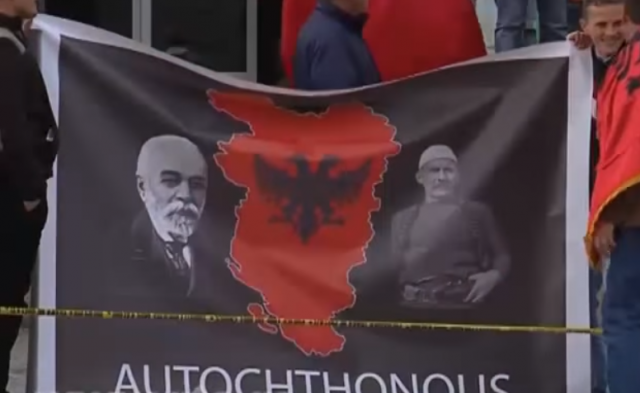 The flag depicts Albania expanded to include parts of neighboring countries.

Macedonian daily Vecer is reporting that "a similar drone" more than two years ago caused a match played between Serbia and Albania in Belgrade to be suspended.

The VMRO-DPMNE party issued a statement in the wake of the Skopje incident, saying that "statements and actions" of SDSM leader Zoran Zaev have "contributed to greater appetites and Albanian irredentism" in the region.

The stateemnt describes Zaev as "the cause of the outporing of chauvinism and irredentism, with the goal of undermining Macedonia's statehood," the MIA agency said.