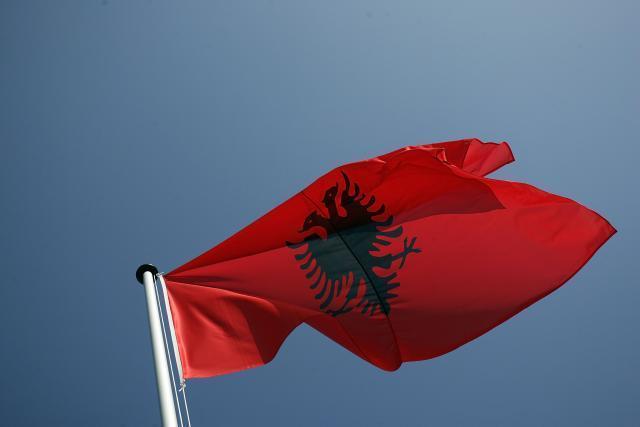 In addition, Bushati says that Albania is "a bastion against Russia's influence in Serbia, Montenegro, Macedonia, Bosnia and Croatia."

However, he avoided replying when German Marshall Fund of the US President Karen Donfried asked him to explain Albanian Prime Minister Edi Rama's statement about his country and Kosovo forming "a union" in case Tirana fails to join the EU.

Asked directly whether the unification of Kosovo and Albania would be the beginning of the formation of a "Greater Albania", Bushati replied:

"Albania has excellent strategic partnership with Kosovo. I cannot say anything more than that."

He also denied that there was such a thing as "the Tirana Platform" of Albanians in Macedonia, or that his country was meddling in Macedonia's internal affairs.

"It is not true that there is a Tirana Platform. There is a platform for discussions between Albanian political leaders and Gruevski and Zaev. There was also an agreement with Gruevski, which he rejected for reasons that have nothing to do with Albania, Tirana or Prime Minister Rama," Bushati said, according to a Tanjug report citing Macedonia's MTV broadcaster.

He also claims that Albania has never interfered in the internal affairs of Macedonia.

"We have been very careful in advising and we do it in a friendly way, for example, not to respond to street provocations, because Macedonians are also our friends," said Bushati.