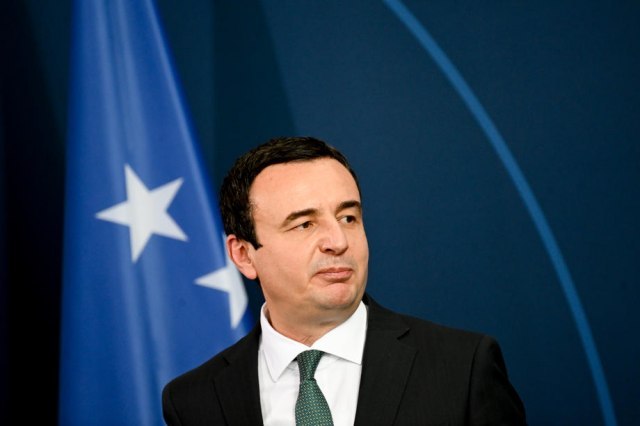 Prime Minister of Kosovo stated that the tensions in the north of Kosovo will continue if the western democracies allow Serbia to continue with "its old dreams, which are becoming a nightmare for Serbia's neighbors, but also for the Serbian people themselves".

Before the meeting with Serbian President Aleksandar Vučić in Brussels on August 18, Kurti said that any solution should have "mutual recognition at the center".

"I think Belgrade's problem is that it simply continues with its old dreams, which are becoming a nightmare for Serbia's neighbors, but also for the Serbian people themselves," Kurti told the Financial Times, as reported by Pristina media.

In this context, Kurti also spoke about the Russian influence on Kosovo-Serbia relations. "We are worried, but we are not afraid. How the situation will develop depends a lot on what attitude Western democracies will take towards Belgrade," he said.

"If the Western democracies no longer allow it, the solution will be much easier to achieve. But if Serbs are allowed to play this game, this tension will continue," Kurti said. Kurti described Serbian nationalism and Russian interests as "the same thing," adding that the collapse of one would weaken the other.

"Putin wants to prove that the NATO intervention in Kosovo was a temporary success. But we are witnessing that Kosovo is here to stay," said the Kosovo Prime Minister.