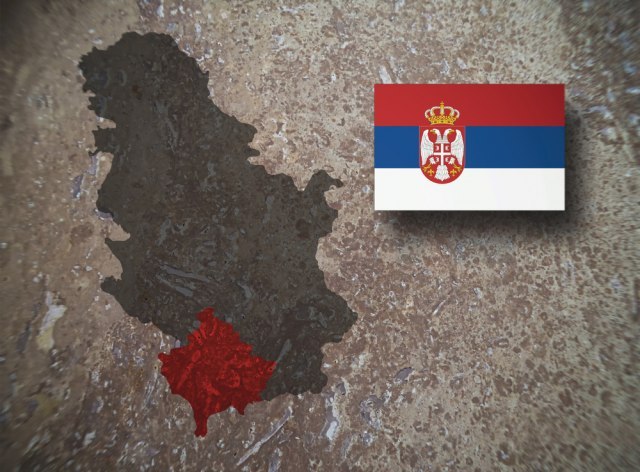 This proves once again that Britain cannot resist straining its neocolonial muscles, reports Kosovo Online, reported by Keith Clarenberg, an investigative journalist who investigates the role of intelligence services in shaping policy and perception.

In September 2020, Pristina and Belgrade agreed to normalize economic relations, a move the mainstream media declared historic. However, the agreement has failed to resolve many serious issues that have loomed over Kosovo's future since it controversially declared independence from Serbia in 2008.

The primary source of the dispute is the four northern municipalities in which ethnic Kosovo Serbs make up the majority of the population and which remain under de facto Serb rule. Both the division and the exchange of territories have been intensively discussed at the highest levels for years, although the current position of Kosovo Prime Minister Albin Kurti is that no territorial concessions will be made to Belgrade.

Pristina is supported in this intransigence by a number of Western countries, including the United Kingdom, which played a key role in the 1999 NATO bombing. Recently leaked files now clearly show that London is trying to finish the job, not by brute force, but by manipulation, under the guise of supporting the community.

The program, entitled "Strengthening Positive Peace in Kosovo and Serbia", with a budget of £ 5m for 2020-2022, aims to create greater support among Serbs for the Kosovo government, challenge "identity-based narratives" and achieve "social change at the national level”- in other words, reduce tensions between the local population and reduce any notion of difference between them.

"Communities in Kosovo and Serbia will be more resilient to narratives that spread or generate conflict and become less prominent in mainstream discourse, and will play an active civic role to emphasize cooperation and development for all sections of society," the "theory of change" states, which is proposed in the project.

Generous ambitions in theory are considered together with the previously leaked files of the British Ministry of Foreign Affairs, which refer to covert activities aimed at the Russophone population in the Baltic states, and finally to forcing ethnic Serbs in Kosovo to leave their homeland and accept that now, and that they will forever be guests in an "independent" foreign country, is significantly encouraged.

As in the Baltics, London specifically aims to "involve" Kosovo's youth in various activities and programs, as "agents of change", building their capacity to become "social entrepreneurs" and "campaign and advocate relevant social issues through ethnic divisions". Young citizens "who are unable to emigrate" are of special interest, and it is assumed that unemployment and lack of opportunities will make them more likely and willing to engage.

Emphasizing the sinister nature of the "peace" initiative, a special section in one file describes the enormous efforts that would be made to cover up the UK's involvement and publicly maintain the false impression that the effort was a strictly local matter.

All participating organizations and their employees should sign non-disclosure agreements and be "informed" on "how to present project funding" if requested, although only top-level staff would have an idea of ​​London's hidden hand. No internal or external communication should mention London, and project-related social media staff should carefully geographically tag posts in the “target population area” instead of their actual location.

Moreover, social media advertising should be “carefully calibrated to ensure that attendance growth is perceived as organic rather than as a result of external funding”, and “social networks, traditional media and local interlocutors” should be constantly monitored “as would understand how the target audience perceives project channels and identifies any connection of the project with the UK government or other donors. "In the event that anyone is detected, the plan includes measures to remove or destroy data, including hard drives", and would be activated immediately.

Quite cunning, but then London has every reason to obscure its true role, if the Serbs fall, because they would understandably be suspicious of the real goals of the endeavor. However, is anyone in a position to make objections to the project or any other covert action of Great Britain in the Balkans. He could be in big trouble in no time.

A special leaked file on the "rule of law initiative" led by the National Security Council Stabilization Unit makes it clear that London will not tolerate high-level opposition to its agenda for the region and will be willing to take active measures to neutralize any resistance.

"In contexts where the incentives of the elite are not in line with our goals / values​​... an approach by which elite politicians are held accountable may be needed," the document said, with an ominous sign.

To this end, the Unit planned to “build relationships and alliances with those who share our goals and values ​​for reform” by funding and “mentoring” domestic NGOs and civil society organizations in order to “bring local authorities to account” and “coordinate the program with the stated goals".

In other words, breeding an army of Trojan horses to lobby, appease and, if necessary, demolish problematic actors of the regional administration. A constellation of media organizations spread across the Balkans, funded and trained by the UK, if not directly created, some of which were recently published by a journalist, could also prove effective in this effort.

It could also be significant that a confidential document relating to the strengthening of the Pristina judiciary reveals, somewhat startlingly, that London plays a close role in the training and appointment of Kosovo judges and prosecutors, due to its dissatisfaction with previous appointments. Could this power have implications for Balkan politicians who are not suitable enough for London machinations?

The file further refers to the Brussels Agreement of 2013, which integrated the once parallel Serbian and Kosovo police, security and legal structure, and stipulated that the composition of national and local judicial councils be proportional to its population. This seemingly confirms that London also influences their participation, guaranteeing that the representatives of both sides are completely subordinated to their goal, i.e. to achieve a complete and permanent separation of Kosovo from Belgrade.

British Prime Minister Boris Johnson's grand plans for "global Britain" after Brexit have been widely criticized as fanatical, dangerous and unfortunate attempts to regain the long-lost days of Empire glory. However, these leaked files clearly show that the sun never really set. Now only the domination of distant lands is insidiously maintained by secret infiltration into civil society at all levels, in unknown, invisible ways, and without the consent of both the population of Great Britain and the citizens of all countries on the neocolonial target of London. 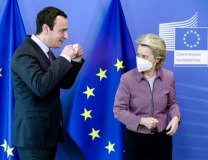