"Kosovo remains in the preamble" VIDEO

Kosovo remains in the preamble of the Constitution of Serbia, said today the Minister of Justice Maja Popović, as a guest on TV Prva. 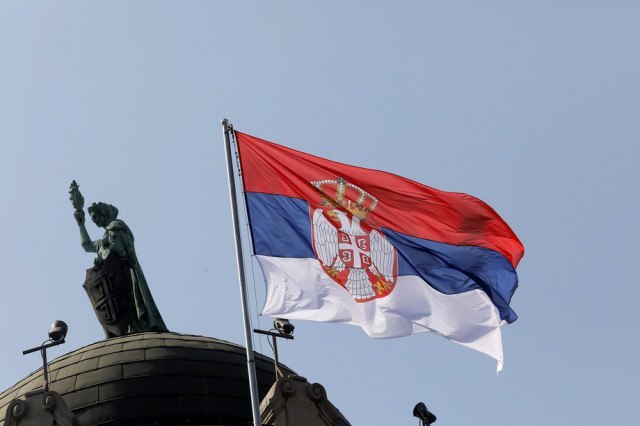 Popovic stated that the amendments to the Constitution are one of the most important activities in the Action Plan for Chapter 23.

"When you have a state in which there is legal security, foreign investors also come, which means a significant opening of new jobs for citizens, and thus an increase in their standard," said Popovic.

She stated that corruption is a matter of ethics, morals and integrity of every judge, and added that there is no legal norm that can prevent their corrupt behavior, but it can sanction it. In that regard, she pointed out that judges must have adequate salaries because, she added, that will reduce the possibility of corruption.

Popovic believes that judges are currently well paid, adding that there is always the possibility of increasing their salaries, but that we must move within our capabilities. She stated that the proposed changes to the Constitution envisage that judges and prosecutors are no longer elected by the parliament, and added that they will be elected by the High Judicial Council and the High Prosecutorial Council.

In his address today, President of Serbia, Aleksandar Vučić, spoke about everything that happened in Brussels during the dialogue between Belgrade and Priština. 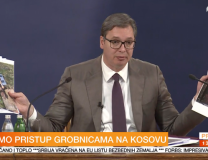 New round of dialogue completed; "You don't know whether to laugh or cry"

"You don't know whether to laugh or cry", "It's not easy, but it's important that it happened", those sentences best represent the current state of dialogue. 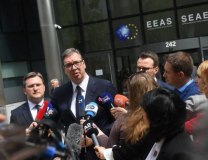 Vucic is addressing the public today

President of Serbia, Aleksandar Vucic, will address the public today, Office for Media relations of the President of the Republic of Serbia announced. 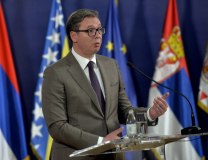 They said: recognize Kosovo's independence; I've never experienced anything like this

Foreign Affairs Minister, Nikola Selaković, being hosted on TV Prva, commented on the latest conversation between the delegations from Belgrade and Priština. 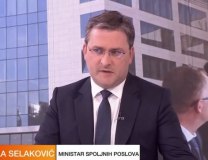 Kurti spoke up: He offered four proposals; "I hope that Vucic will think seriously"

The Prime Minister of self-proclaimed Kosovo, Albin Kurti, addressed the media after the meeting with Aleksandar Vučić. 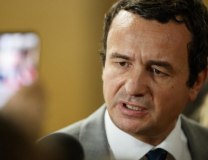 "I said we would never recognize Kosovo. He exploded." PHOTO / VIDEO

President of Serbia, Aleksandar Vučić, addressed the public after the meeting in Brussels. 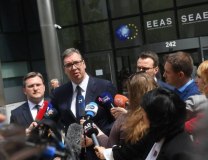 A dozen members of the British KFOR came to Gorazdevac in civilian cars on Monday, inquiring about the situation in the Visoki Decani monastery. 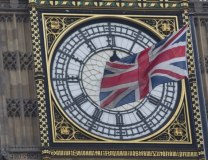 Trilateral in Brussels: "Serbia is the most important" PHOTO

A trilateral meeting of Belgrade - Pristina representatives with EU mediators began at the premises of European External Action Service in Brussels at 10.20 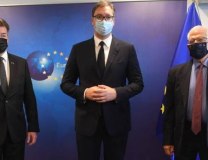