Stefanović: The fight against organized crime is not over VIDEO

Defense Minister Nebojsa Stefanovic said that several topics were discussed at the session of the National Security Council. 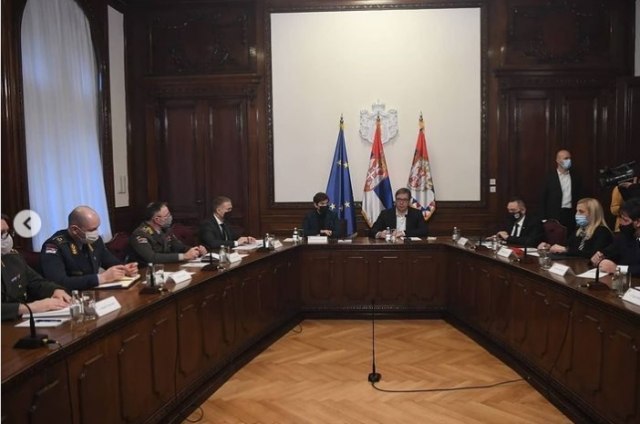 He pointed out that the needs and investments in the security forces - the army, the police and the BIA (Security Information Agency) - were also discussed.

"We have analyzed what needs to be done in the coming period, what are the investments we want to make this and next year in the procurement of modern weapons, which will enable the army and police to be well equipped, stronger and able to face new challenges, he said.

He also stated that the fight against organized crime and opposition to criminal groups is not over.

"The state will resolutely oppose organized crime and sanction all who acted as criminals' aides," he said.