An extensive and thorough investigation is launched into who, on whose orders and for what purpose, eavesdropped on Serbian President Vučić, "Novosti" reports. 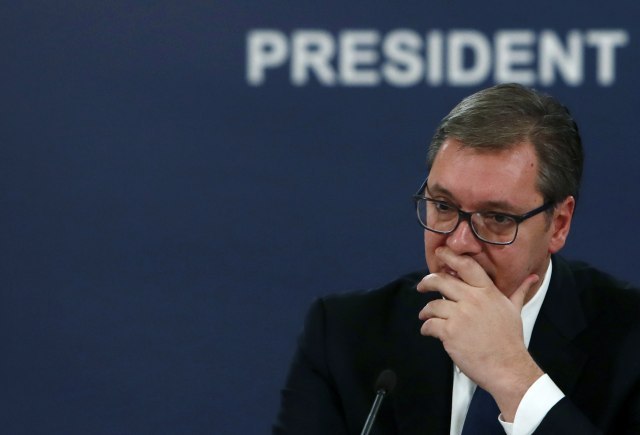 According to our information, the investigation, which is strictly confidential, has been going on for some time. At the moment, the members of the Service for Special Investigation Methods of the Criminal Police Directorate are being interrogated.

The Service is responsible, among other things, for conducting electronic surveillance. Investigative actions are performed by the Internal Control Sector of the Ministry of the Interior.

Minister Aleksandar Vulin confirmed on Sunday that President Vučić had been wiretapped and that the services were working on an in-depth investigation:

"We will get to the truth, and the judicial authorities will do their part. It is up to us to confirm that the president was wiretapped and to ensure that this does not happen again. It is too early to talk about what the goal of wiretapping the president was, but certainly this was done with no good intentions", Vulin said.

President Vučić stated that he had been wiretapped for a long time, for a year and a half, that he had evidence for that, his own recorded conversations and that he thought he knew who was behind it. Vulin emphasized that Vučić did not say that for the sake of political marketing, but because it is true, which the competent authorities need to confirm. Vulin has no doubt that this serious blow, not only to the security of the president, but also of the state, is a consequence of Vučić's determination to wage a serious fight against the mafia.

The President of the Parliamentary Committee for the Control of Security Services, Igor Bečić, stated that there has been information about the wiretapping of President Vučić for a long time, and now there is concrete evidence. It requires the competent authorities to conduct a serious and thorough investigation and inform the Board of the results.

Božidar Spasić, a former state security operative, says that Vučić discovered that he was being wiretapped after "Jovanjica" and claims that "an attempt at a silent coup d'etat" is underway:

"The goal is to disrupt the security system around the president, to bring confusion, to ruin his reputation, above all in the world. The president of the Republic can only be eavesdropped on by a separate parastate apparatus, within the police or secret and military police. Only they are trained for that. In our country, there are parts of the security structures, which are from the former regime, and are against the current policy. It was evident when Vučić came to power that such elements would work to damage his reputation, launcing attacks on his brother, son, family", "Novosti" reports.

Spasic said that the information you gain if you eavesdrop on the president can be submitted to some foreign services, the opposition, the mafia. That, he explains, endangers not only the head of state, but the entire security system of the country.

"Behind the wiretapping of the president lies one or more powerful foreign secret agencies, which rely on certain structures of our services, but also on the opposition, certain tycoons and parts of the mafia. All of them are motivated for Vučić to leave power, in order to achieve some of their interests. The state policy of President Vučić is transparent, he does not have any personal compromising secrets, but it is certain that the data they obtain will be misused to mount scandals", Ljuban Karan, a retired counterintelligence service colonel stated.

He also reminds that a similar case happened recently in Germany, when parts of the Federal Intelligence Service (BND) eavesdropped on Chancellor Angela Merkel, and in favor of the CIA.