Assembly should be held next week, at which the President of the Parliament and the Secretary General will be elected, the formation of the government to follow 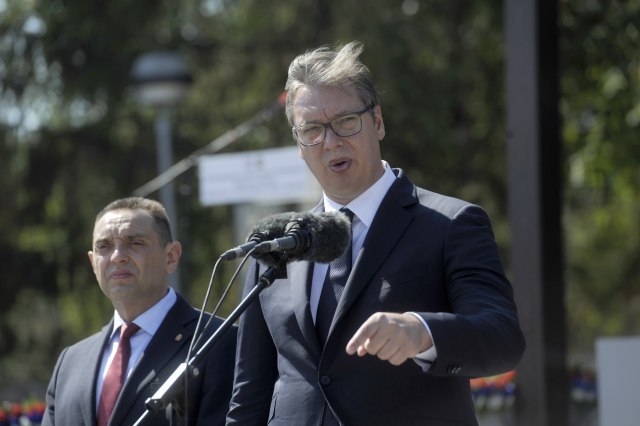 According to the Belgrade media, Serbian Progressive Party (SNS) will most likely hold a session of the party's presidency by the end of this week, at which the central topic will be the formation of a new government.

According to daily Kurir, the plan is to schedule a session of the Serbian Parliament after the session of the SNS Presidency on September 21, at which the president of the parliament, secretary general and vice presidents would be elected, and then, after a day or two, a government formed.

The paper also writes that the leader of the SNS, Aleksandar Vučić, has "already reached decision" about who, apart from the Progressives and their coalition partners, could form a new Government. As it is pointed out, for now, Ivica Dačić and his SPS are closer to that, instead of Šapić's Serbian Patriotic Alliance (SPAS).

Thus, the executive power would be appointed by the end of September - a deadline that was mentioned by the President of Serbia on several occasions.

According to the press, the biggest favorite for the prime minister is Ana Brnabić, who led the government for the previous four years. It is speculated that Zorana Mihajlović will remain in Nemanjina, with Jadranka Joksimović taking over the energy department, while Marko Čadež would become the head of the economy department. According to some speculations, Zlatibor Loncar, the current Minister of Health, is also safe. Marko Blagojevic, who heads the Office for Reconstruction and Development, could become the head of the construction sector.

SNS officials - Vladimir Marinkovic, Marija Obradovic or Vladimir Orlic - have the best chances to lead the Assembly of Serbia in the next mandate, and there is a possibility that, if the ruling coalition is formed with SPAS, that place will belong to someone from that bloc.