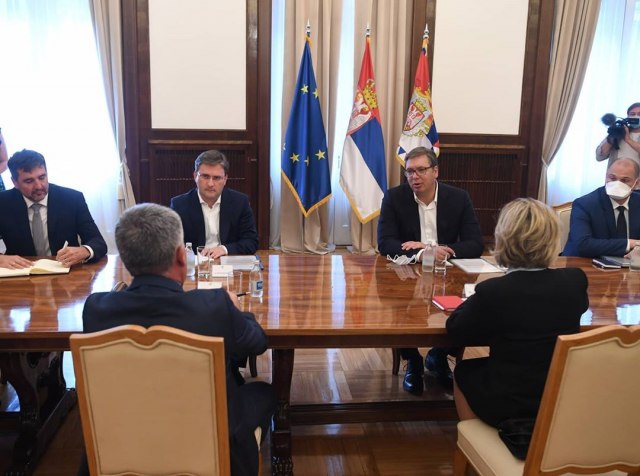 After the conversation with the President of Serbia, the president of CNC, Jasna Vojnić, stated that 3 years after signing the declaration on the position of minorities in Serbia and Croatia, there has been a progress in many things, but the main issue of a guaranteed mandate in the Assembly for that minority remains.

Vojnić said that the reason for today’s meeting was to show gratitude to Vučić for allocating funds for the purchase of the part of the birth house of Ban Josip Jelačić.
In addition, she said that their request was and still is for the Croatian community to be included in the process of making decisions.

„A guaranteed mandate is something we won’t give up on“, she stated, adding that in today’s conversation with the President was expressed readiness to resolve those issues.

„We expect and hope that some of the Croatian representatives will be included in the republican or provincial government."

She said that they expect to continue communication and cooperation with the representatives of the Croatian community and to resolve other issues.