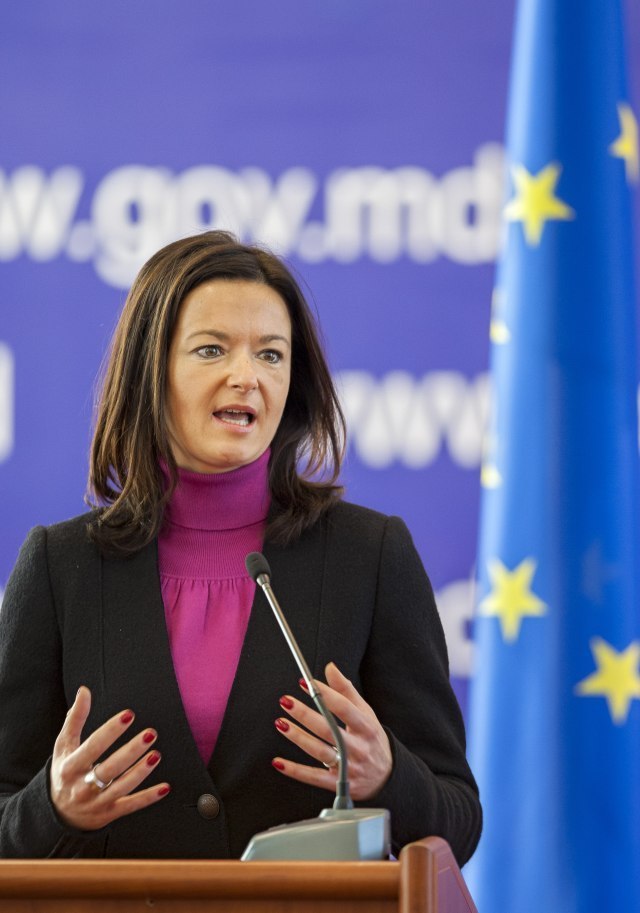 As a member of the European Parliament, Tanja Fajon is proposing a Resolution on Suppression of Anti-Semitism in Brussels; as the president of the party of the Slovenian Social Democrats in Ljubljana - she is enjoying herself in the villa of the Jewish family Moskovic, killed in Auschwitz.

The luxury property at Levstikova 15 in Ljubljana was built by Felix Moskovic - the owner of one of the largest trading companies in the then Drava Banate - for his family: wife Klara, daughter Vera and son Julio.

They never survived to enjoy it, as the Nazis took them to Auschwitz. An honourable Jewish family perished in the horrors of the extermination camp.

Now, the villa serves as the seat of the party of Slovenian Social Democrats, whose president is Tanja Fajon. Although the Jewish community of Slovenia mentioned the possibility of Moskovic's villa being returned to it, Tanja Fajon and her Social Democrats do not give it a second thought. They refer to the fact of becoming the owners of the house according to the law: a contract on the exchange of property that belonged to the League of Communists of Slovenia - whose legal heirs they were. Although the Republic of Slovenia came into the ownership of Moskovic's villa in a rather intricate procedure, for a pittance, one could say that the sale and purchase were not illegal. It is known, however, what the usual practice was when the former partisan commanders liked a house.

Even if so - that all was done according to the law - it rather pokes the eye that Tanja Fajon does not mind working in the house of a family exterminated in the camp of horror, while on the other hand, she was among the proposers of the Resolution on Suppression of Anti-Semitism, which is - according to the this year's Annual Report of the US Commission for International Religious Freedom - on an alarming rise in Europe.

The current Slovenian Prime Minister Janez Janša put the face of the Social Democrats in front of the mirror: "In the EU, you "advocate" the rule of law, and in Slovenia you drastically violated it. Let's not talk about the stolen Jewish villa, from which you moralise about the rule of law. Or about worshipping mass murderers."

But this is not the first time that Tanja Fajon shows her two-faced nature. In Slovenia, they ridicule her when she says she entered politics because of humanity and philanthropy as they know that she found herself on the list of candidates for European Parliament MEPs as a meritorious correspondent of RTV Slovenia from Brussels, who stood out with her propaganda against Janez Janša and his party.

On that occasion, the Slovenian Reporter recently wrote that "the culmination of Fajon's political hypocrisy and unreliability is her hypocritical concern for freedom of speech." Fajon joined the Social Democrats as a journalist directly from RTV Slovenia as an ideological branch of the left, because she was politically biased and dependent on the lobby of Milan Kučan. She is the last person in the world to publicly preach about politically independent journalists when she embodies politically dependent journalism in favour of the left, for which she was eventually rewarded with the political office of an MEP and a mandate paid in millions."

Since the election for the president of the Social Democrats, Tanja Fajon has been politically hyperactive. Some time ago, she pointed out that Slovenia needs "reduction of social inequalities", and it is she, as a millionaire, who personifies that social inequality. Each month she earns about 16,000 euros on average; this puts her in the ranks of several of the best paid Slovenian managers and places her in the company of 1% of Slovenes who segregate the country to the highest of levels. The Brussels millionaire, they say, "earned two million euros in two terms as an MEP." She is now working on her third million.

The Social Democrats party, for some reason, obscures the fact that Tanja Fajon is not among the nine vice presidents and fifteen coordinators of the Social-Democrats political group in the European Parliament.

There are, however, many controversies about Tanja Fajon - not known to the public in Slovenia - because she has been mostly in Brussels for the past nineteen years: how her husband, a German, got a job as a correspondent for RTV Slovenia without speaking Slovenian; why she appointed for her advisor the former director of the Slovenian intelligence, involved in one too many scandals; how her friend Petra Petan (daughter of the Slovenian media tycoon) got a job in the office of the European Commissioner Paolo Gentiloni...

Slovenia is now just getting to know the real face of Tanja Fajon and her secrets.