After the meeting In the Presidency of Serbia, Aleksandar Vucic and the head of Russian diplomacy, Sergey Lavrov, addressed the journalists. Main topic - Kosovo 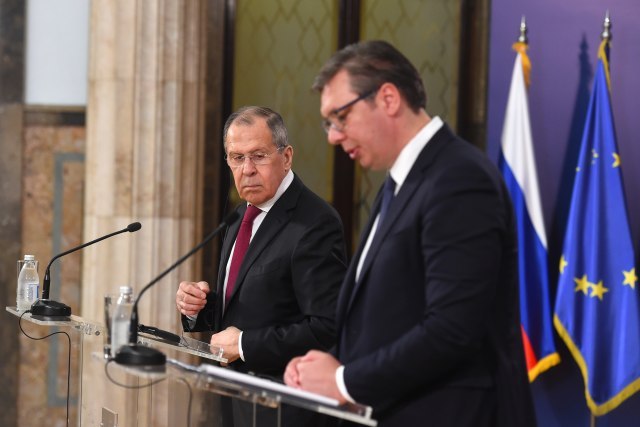