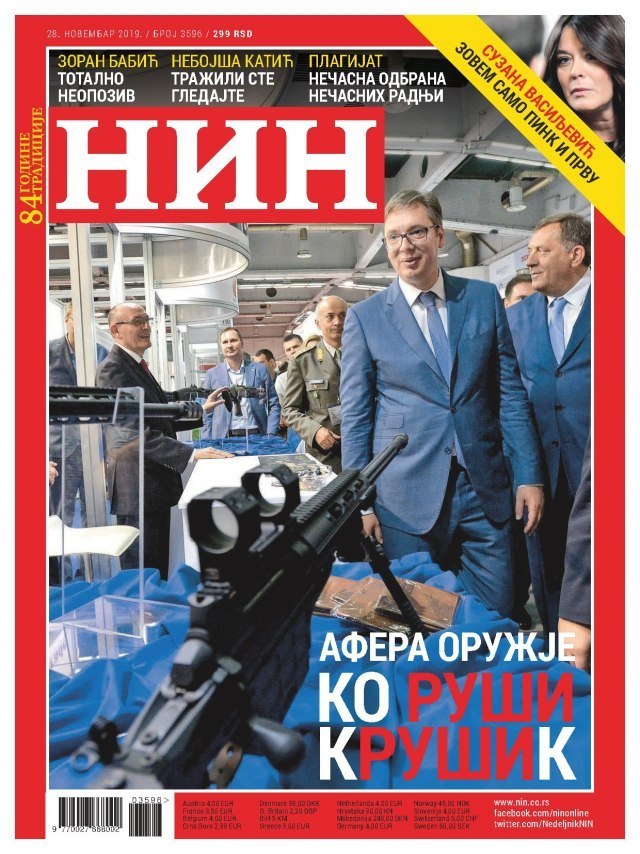 As Tanjug conveyed a statement by NIN publisher Ringier Axel Springer Serbia, this morning NIN had appeared without a cover photo because, in the view of the publisher, the original choice of the photo was inappropriate, especially in the country where the prime minister was killed.

Ringier Axel Springer Serbia states that, although the cover photo has been changed, the content of the article entitled "The Weapons Affair: Who demolishes Krusik" remains unchanged.

Ringier states that a NIN edition with the new cover will be released as soon as possible.

The front page, which was posted yesterday on the social networks of the weekly, featured a photo of the President of Serbia at gunpoint.