“When Jews vote for Trump, that’s not interference or Albanians voting for Clintons" 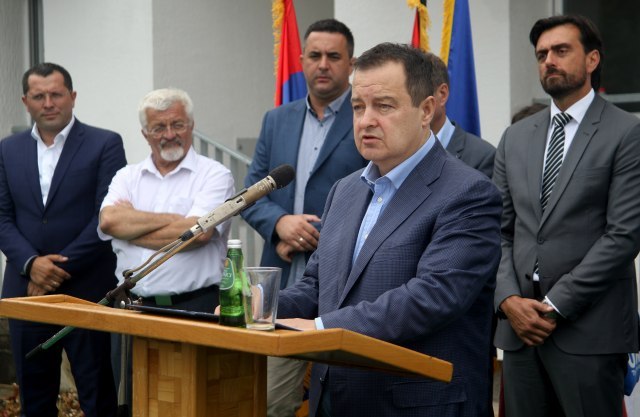 Carpenter said that Serbian Foreign Minister plans to interfere in US domestic politics.

“When Jews vote for Trump, that’s not interference or when Albanians vote for the Clintons or Engel. I’m not talking about Serbia as a state, I’m talking about US citizens of Serbian origin. That’s simply how things work in America. Albanians always bring Engel victory in his constituency”, Dacic stated for Politika daily.

Dacic added that the Serbian diaspora in the US should organize "so that no one will be in a position to degrade them as the Democrats are doing presently”, Serbian Foreign Minister concluded.

Carpenter, in the capacity of a candidate of the Democratic Party for the president, voiced his criticism after Dacic's announcement that he would organize the Serbian diaspora in the US to vote for Trump at the next presidential elections, perceiving it as Dacic's intention of interfering into US internal policy.

Carpenter added that he "personally think he's making a big mistake, and U.S. support for Serbia's European path should remain a bipartisan issue".

Dacic had given statement to "Srpski Telegraf" on Tuesday, claiming that as a Foreign Minister, he’ll organize the formalization of support for Trump at the next elections.

"If we do it smartly, if we unite those votes, we will create a better position with the new administration", Dacic told “Srpski Telegraf", adding that 650,000 Serbs live in the States.