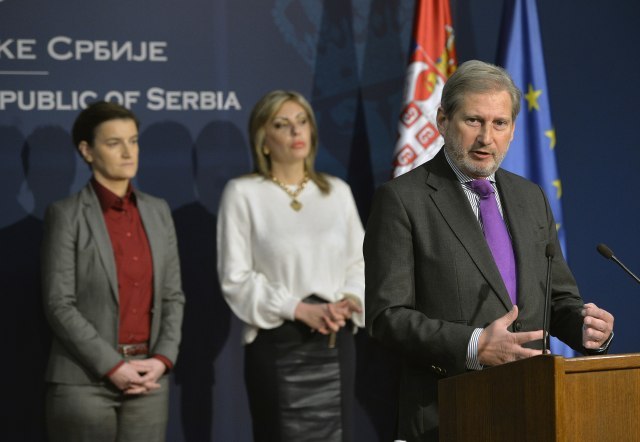 "I am extremely sorry that the dialogue has been stopped, that is not good. There is no reason and it would be a mistake to stop everything just because the dialogue is in a deadlock," Hahn, who is in charge of EU's neighborhood policy and enlargement negotiations, told a joint news conference with Serbian Prime Minister Ana Brnabic.

Hahn said that preparations are under way to open another chapter in Serbia's accession negotiations with the EU, and that Minister for European Integration of Serbia Jadranka Joksimovic and her team are working on this daily.

"Minister Joksimovic is making maximum efforts to push the administration and make progress so that everything can be finished at a certain point," he said.

Hahn added that the upcoming elections for the European Parliament "do not have a big influence" on the process of Serbia's EU integration - "because it is being conducted at the administrative level."