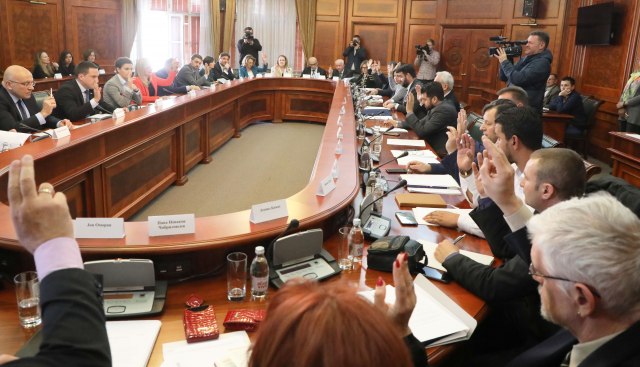 According to the government website she pointed out that the work of the Council for National Minorities is a confirmation of the commitment to this topic.

Brnabic, who chaired the session of Council for National Minorities for the fourth time, stressed that numerous activities of the government and other institutions, media and civil society organizations have contributed to raising the awareness of citizens about the presence of national minorities in our country and their rights, as well as better implementation of anti-discrimination legislation.

Brnabic informed representatives of the National Councils of National Minorities about the significance of the implementation of the Address Register project, jointly implemented by the Republic Geodetic Authority, the Post of Serbia, the Standing Conference of Towns and Municipalities and the local self-government.

Updating the address register is another important step towards the introduction of the state order and modernization of the state administration, the Prime Minister pointed out, explaining that in this way the citizens and the economy will be enabled to have efficient and easily accessible services provided by the state.

Minister of State Administration and Local Self-Government Branko Ruzic pointed out that the proposal of the Coordination of National Councils is that culture be a priority area in 2019, in which programs and projects are financed from the Budget Fund for National Minorities. The Council for National Minorities unanimously adopted this proposal.

Ruzic, who is Deputy President of the Council for National Minorities, said that RSD 30 million dinars have been allocated for financing these programes and projects.