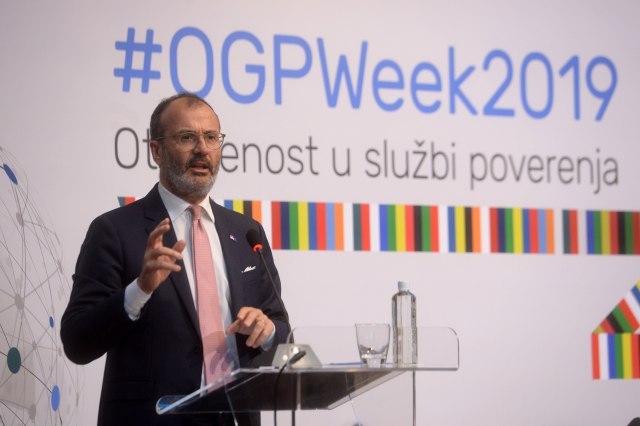 Fabrizi stated that he remains cautiously optimistic about the achievement of an agreement between Belgrade and Pristina.

"I do not think there is a possibility to maintain this situation, the status quo is not an option, it does not help either Serbia or Pristina. There is a need for dialogue to continue and reach an agreement," Fabrizi told the students at the Faculty of Political Science.

When students asked if the only option for the EU would be Serbia recognizing Kosovo, Fabizi replied that the EU is not an intermediary in the dialogue and does not prescribe or comment on the content of the agreement.

Fabrizi also said that the EU's common position, although some of its members do not recognize Kosovo, is that Belgrade and Pristina should normalize their relations, and stressed that the Belgrade-Pristina agreement should be in line with international law, reached on a compromise and be sustainable.