24 armored Humvees arrive from US to Kosovo 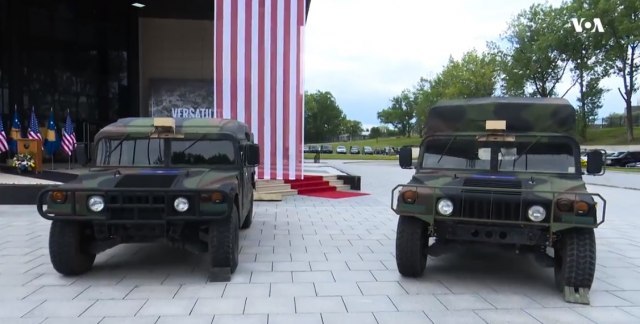 According to the broadcaster, "it is expected that they will be put at the disposal of the (future) Kosovo army."

The report recalled that the Kosovo government in July signed a contract to buy 51 such vehicles.

The handover ceremony at a Kosovo Security Forces (KSF) barrack was attended by high ranking local officials and those from the US embassy.

The session of the Kosovo Assembly, whose agenda will contain the formation of the so-called Kosovo army, is scheduled for December 14. According to RTK2 on the eve of that session, Assembly President Kadri Veseli will be visiting the United States.

The US ambassador to Pristina said last week that Washington has been "consistently supporting the development of the KSF and their transformation into the armed forces" and that this would be "a positive step."

Also last week, Belgrade press reported that a shipment of US weapons was on its way to Kosovo.