Opposition alliance to be formally established in September 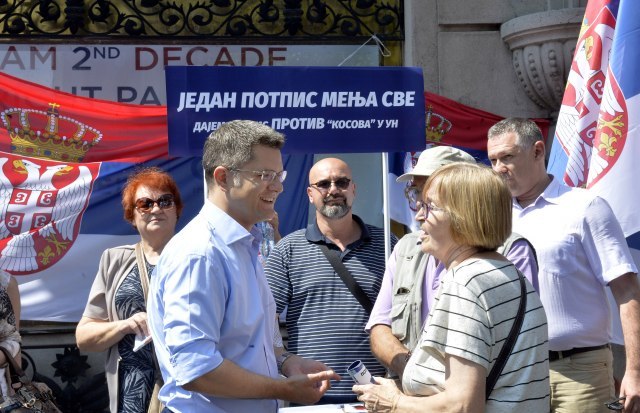 Jeremic told Beta that said opposition leaders will this month present a 30-point program of the Alliance for Serbia "in direct communication with citizens across the country" - and that they are "open to suggestions and willing to accept any good idea."

"I believe that in the beginning of September we will end this round of consultations with citizens and formalize the Alliance based on a program platform that contains not only ideas, but also the way in which it needs to be put into operation," Jeremic said.

Asked about whether anyone who would accept a legally binding agreement with Pristina could be a member of the Alliance, Jeremic said that the Alliance has made the issue of the stance toward the issue of Kosovo and Metohija one of its most important points, "and there can be no compromise there."

"The Alliance for Serbia decisively opposes any agreement that would have the membership of the so-called state of Kosovo in the UN as its consequence. The door is open to those who are willing to support such a policy," Jeremic said.

Asked about the differences between the members of the future Alliance regarding Serbia's membership in the European Union, Jeremic said there was nobody in it who opposes "regulating Serbia as a modern European society" - but that declaring themselves in favor or against future EU membership "is on the agenda right now."