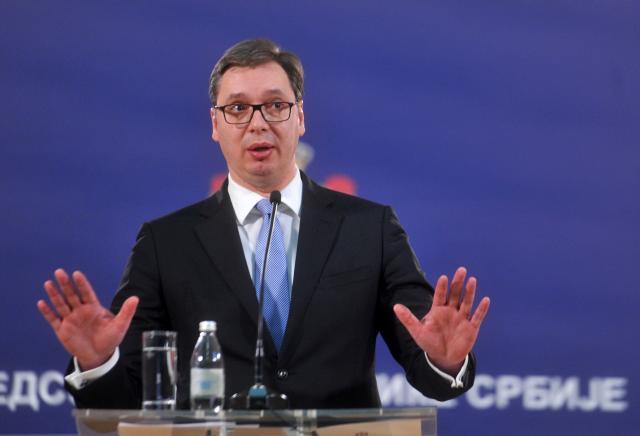 Vucic told reporters on Wednesday that he also heard this from European Parliament President Antonio Tajani, who is visiting Belgrade, and with whom he spoke earlier in the day, and added that they discussed "many issues, including regional stability and the rule of law."

Tajani confirmed this at a joint press conference, and specified that the future agreement with Pristina should be signed "before Serbia formally joins the EU."

"If the European Union had more such people, who in this way respect the Serb people, I am convinced that we, too, would be much more hardworking and have better results," Vucic told the news conference.

The president went on to say that he was "personally was honored by Tajani's visit," describing him as "a man who in every place shows extraordinary knowledge not only of Serbia, but also of the Western Balkans and the Balkans in general."

"Thank you for supporting Serbia on its path to the EU. We highly appreciate the fact that the EP, as a directly elected legislative body which represents 400 million people, recognizes the importance of EU enlargement to the Western Balkans," Vucic said.

Vucic previously announced that he had accepted the invitation of Croatian President Kolinda Grabar-Kitarovic to visit Zagreb on February 12 and 13.