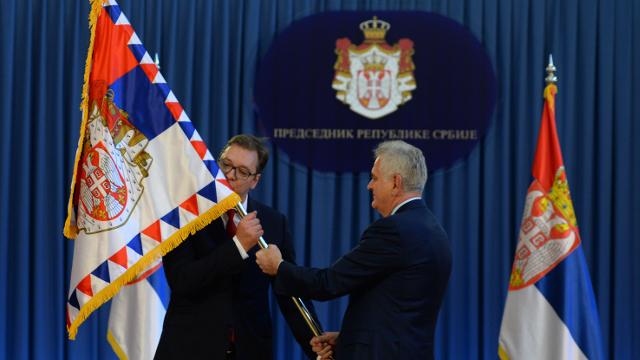 He was welcomed with the sounding of the national anthem, in a red carpet ceremony in front of the building.

Former President Tomislav Nikolic welcomed him at the entrance, where they hugged before walking inside together.

According to announcements, Vucic's inauguration ceremony will be held on June 23.