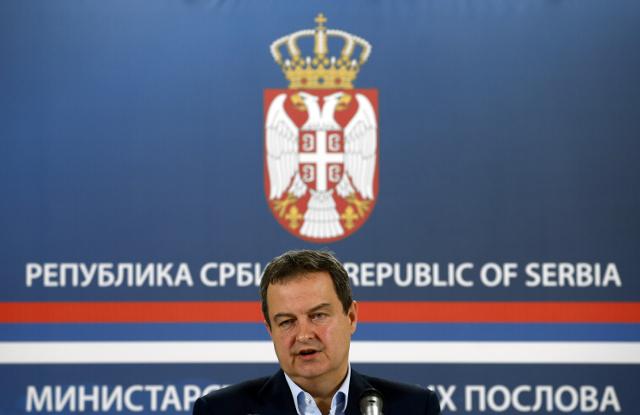 First Deputy Prime Minister and Foreign Minister Ivica Dacic said this on Tuesday, adding that this was the case "because only in such a region can Serbia have a sustainable development."

In his address during the opening of a seminar on regional stability and cooperation on the Korean and the Balkan peninsulas, organized by the embassy of the Republic of Korea and by the Bridge East-West NGO, Dacic "pointed to undeniable similarities between the Balkans and the Korean peninsula," the government said.

"The most obvious similarity is a turbulent historical experience, which in both nations is marked with a strong libertarian tradition and a firm commitment to independence. Our country recognized in regional cooperation and European perspective the key to the peace and prosperity in the region," he said.

In addition to membership in the EU, the key foreign policy priorities of Serbia are regional cooperation, the strengthening of relations with its neighbors, as well as the continuation of the policy of reconciliation in the Western Balkans," he said.

"Unfortunately, along with the processes aimed at strengthening and diversification of the cooperation, retrograde processes have strengthened over the last few years in various countries in the region such as the insistence on the fulfillment of individual of interests at the expense of other countries and the overall cooperation, but also at the expense of stability in the region," Dacic has been quoted as saying.

"As a rule, attempts to impose such solutions were aimed directly against the interests of the Republic of Serbia and the Serbian people in the region," he underlined.

As for the Korean peninsula, the Serbian foreign minister said his country stands for the region's denuclearization, and implementation of all relevant UN Security Council resolutions.