Second-placed Jankovic: This is only the beginning 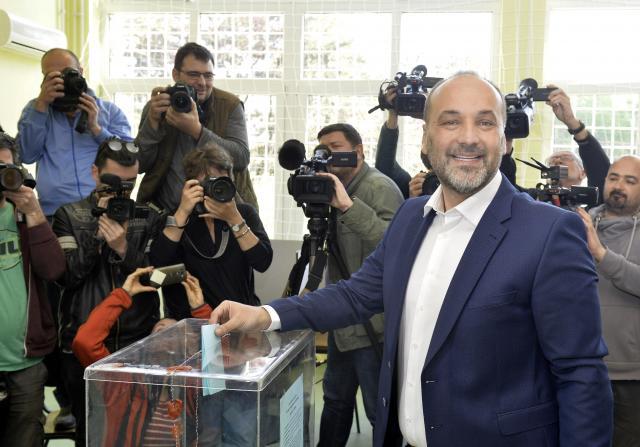 Speaking late on Sunday, Jankovic said that "although it may seem unusual" - he felt compelled to "declare victory."

He explained he had in mind "the victory of the decent, nice people, rules, principles and values" that he and his team stood for "from the first day."

"I declare victory of a Serbia that is no longer the same. Others declared electoral victory in a premature manner. Such declaration was in line with the way they conducted their campaign. Neither that kind of campaign, nor that kind of Serbia, nor that kind of victory was what we had as our goal. Our goal is what we have been doing and what we will be doing," said Jankovic.

He added that he would "wait for the real election results under conditions of a fair state, campaign, media" and that then, he would be "the first to congratulate (the winner)."

"On this occasion I congratulate those who under such conditions took part in this election race in an honest, fair, and human way. I am truly making a pledge to citizens, all this is the beginning, we will finish it in the right and the best way," Jankovic said and thanked his "associates and opponents", the latter for "affirming us in our convictions."

"Our goal is a dignified citizen of Serbia, institutions that do their job, Serbia with the smiles of all of us. Thank you dear people," he said, noting that "the fight is yet ahead."

"This is only the beginning and we will end it in the right way," Jankovic concluded.