Serbian Prime Minister Aleksandar Vucic says there are "no reasons of any kind" to hold early parliamentary elections in Serbia. 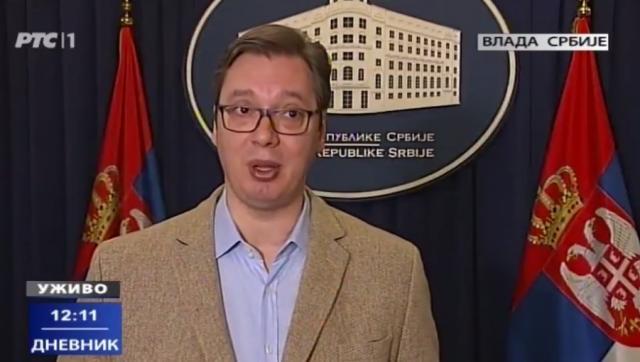 Vucic made this statement on Monday for Serbia's state broadcaster RTS.

Serbia is "a stable democracy, a stable country, a very stable economy, which needs growth, seriousness and responsibility, and it also has a stable majority that is functioning in parliament," Vucic said.

"I take into account many actors on the political scene, especially those who are my partners and who understand well the state, the state's needs and responsibilities, and I have carefully considered their idea to hold parliamentary elections at the same time as the presidential elections," he said, and added:

"However, I don't consider there to be any reasons for that at this moment."

Vucic remarked that Serbia is scheduled to hold regular parliamentary elections in 2020, and after the one this year, the next presidential ballot in 2022.

"Just as it plays out in all stable European democracies, so it will be in Serbia," said Vucic.

As for the presidential elections, Vucic, who is his ruling SNS party's candidate, said they would be held in April, but did not specify a date.

The president of the Serbian National Assembly must call the presidential elections and schedule them by March 3.