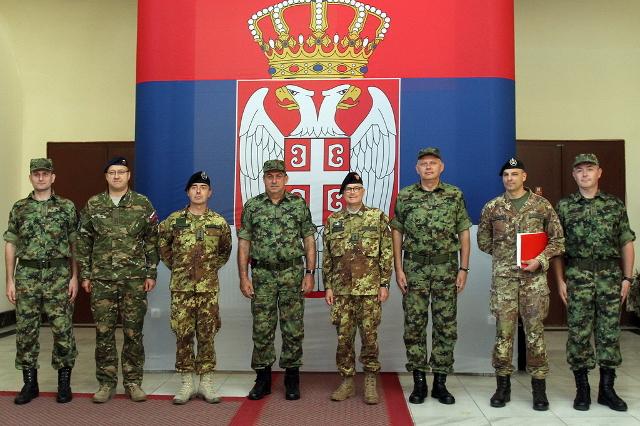 Miglietta will soon leave the position at the helm of the NATO-led troops in Kosovo.

The meeting took place in the town of Nis, southern Serbia.

Dikovic and Miglietta "discussed the current security situation in Kosovo and Metohija and along the administrative line with Serbia's southern province, as well as the cooperation between the VS and KFOR," the Serbian Ministry of Defense said in a statement quoted by Tanjug.

The joint commission is comprised of commissions set up by the KFOR Command and the Serbian security forces.

The meetings have been held regularly at various levels since 1999 for the purpose of implementing the agreement.