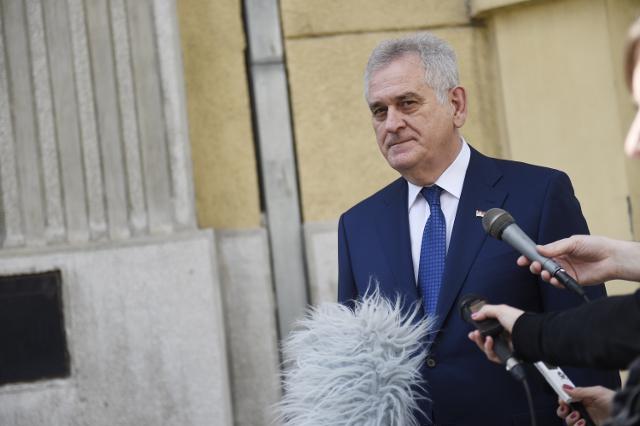 Nikolic is seen in Belgrade on Thursday (Tanjug)

Nikolic added that he also "has no feelings toward Seselj."

Nikolic was a high-ranking official of Seselj's SRS party until 2008 when he and a group of SRS MPs formed the Serb Progressive Party (SNS).

"I had not thought about what the verdict could be, but being acquitted or convicted by the Hague Tribunal is a measure for a Serb," Nikolic said, according to Beta.

Earlier on Thursday, the Hague Tribunal (ICTY) acquitted Seselj on all nine counts of the indictment raised against him.