Seselj found guilty on appeal, sentenced to 10 years in jail

The Appeals Chamber of the Mechanism for International Criminal Tribunals (MICT) has announced its ruling in the proceedings against Vojislav Seselj. 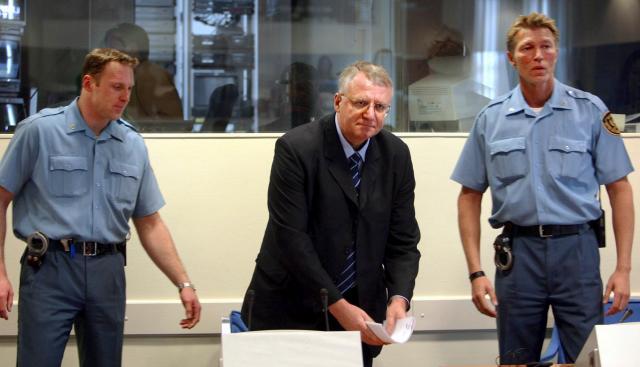 A file photo of Seselj in an ICTY courtroom (Tanjug/AP)

Seselj has been found guilty and sentenced to ten years - however, considering that he spent 11.5 years detained by the Hague Tribunal, he will not go to jail.

Seselj, the leader of Serbia's opposition SRS party, was in 2016 acquitted of all charges brought against him by the prosecution of the now defunct International Criminal Tribunal for the former Yugoslavia (ICTY; Hague Tribunal).

The Appeals Chamber of the MICT, which continued the work of the Hague Tribunal, could have confirmed the first-instance verdict, reversed it, or ordered a new trial.

Seselj previously announced that he would not go to The Hague for the reading of the appeals verdict.

He was originally acquitted on all nine counts of the indictment, that accused him of using hate speech to incite and support war crimes in Croatia and Bosnia-Herzegovina during the war conflicts, as well of expulsion of ethnic Croats from Serbia's northern province of Vojvodina.

The Hague Prosecution appealed against that judgment, while Seselj submitted his written response to the appeal.

The MICT now found Seselj guilty on the counts of the indictment referring to expulsions of ethnic Croats from Hrtkovci in the 1990s.