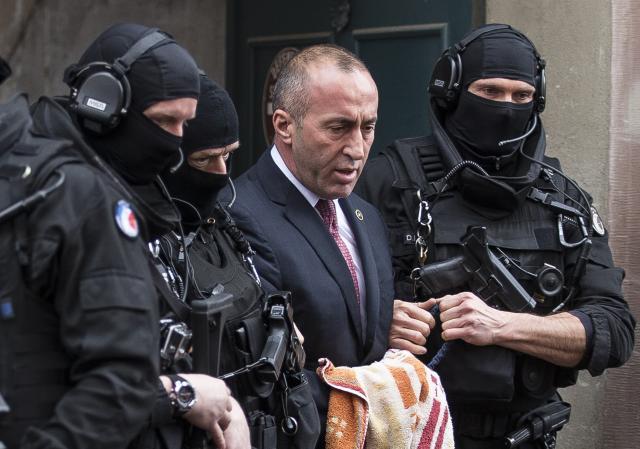 Haradinaj is escorted by the French police (Tanjug/AP, file)

The Serbian Justice Ministry announced this, commenting on media reports that the Kosovo Albanian politician and former KLA ("Kosovo Liberation Army") leader, whose extradition from France has been requested by Serbia, has recently been granted Albanian citizenship.

After two postponements, the appeals court in Colmar, France, will on Thursday announce a decision on a Serbian extradition request for Haradinaj, wanted by Belgrade for numerous war crimes committed in Kosovo and Metohija in the late 1990s.

The process against him has been launched in Serbia, which makes his reported newly acquired Albanian citizenship irrelevant, as France will decide on the request submitted by Serbia, the ministry's representatives have said.

"Serbia does not have an agreement with Albania that would enable those accused of war crimes to stand trial in the country of their citizenship - but the decision about the possible transfer (of a case) can only be made by a relevant court," RTS was told.