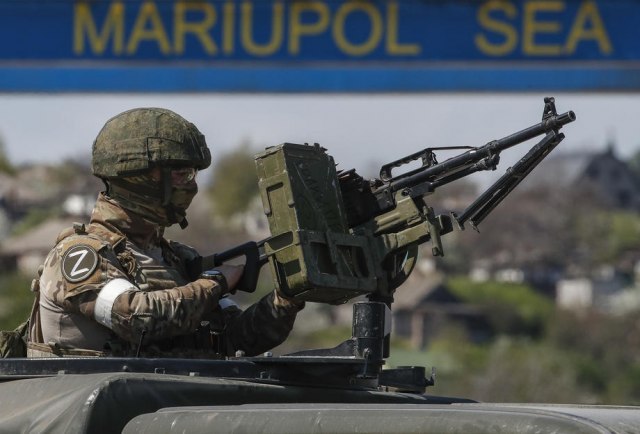 The Ukrainian army announced on Tuesday that it is working on the evacuation of the remaining soldiers from their last stronghold in the besieged port of Mariupol, leaving control over that city to Russia.

At the same time, the soldiers set a condition - a ban on video recording during the surrender, Russian channels report on the Telegram.

The evacuation marked the end of probably the longest and bloodiest battle in the conflict and a significant defeat for Ukraine. Mariupol is in ruins after the Russian siege in which, according to Ukraine, tens of thousands of people were killed. The Russian siege of Mariupol lasted 83 days.

The city was destroyed, people are practically gone, and the last line of defense was the Azovstal steel plant. But not for long, if one can judge by the convoy of Ukrainian soldiers who left the plant on Monday.

For more than two months, civilians, defenders, mercenaries and volunteers have not seen the sun in the steel plant. The now destroyed plant is owned by Shakhtar Donetsk chief Rinat Akhmetov, and underground tunnels before the start of the Russian military operation could provide shelter to tens of thousands of people.

A large number of tunnels have been destroyed, and according to the latest information, Russia will soon take this place as well. Thousands of people hid from shelling by the Russian army. Without food, water and normal human conditions, they resisted until the last day.

Until last night. When the buses transported the first 260 Ukrainian defenders. Wounded, hungry and tired, they were taken to Novoazovsk, a Russian-controlled city in the Donetsk region. The last photos of the heroes reveal how exhausted they are from the daily battles, many of them barely managed to get out of the plant.

There are reportedly 600 remaining defenders in the corridors of the steel plant. Zelensky declared them heroes without whom the defense of Ukraine is inconceivable.

"No one expected that we could last that long," Colonel Azov said earlier, at a time when the surrender was still very far away.

But the surrender was inevitable, and it caught up with them, not of their own free will.

During the battle, or rather the defense of Azovstal, despite all the hardships, people sang in the steelworks.

The defender of #Mariupol "Bird" in the bunker #Azovstal sang again. The fighter sang the song "We are not afraid of red oppression." The video is published by the Mariupol Telegram channel https://t.co/samcwjpQrr. pic.twitter.com/AMS9eZXWtw