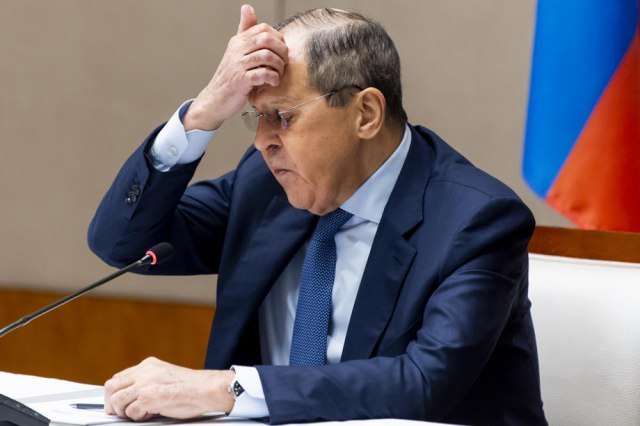 "Washington's main goal in this case is not the fate of Ukraine at all, it is important for them to escalate tensions over the Russian Federation, to close the issue and then deal with China, as American political scientists write," Lavrov said in an interview with Sputnik radio station "Echo of Moscow", "Moscow Speaks" and "Komsomol Justice".

He added that he could not imagine how the United States wanted to close the topic, and added that if there were any reasonable political technologists left there, they must understand that this path leads nowhere, RIA Novosti reports.

The head of Russian diplomacy stated that if Ukrainian President Zelensky wants to discuss the normalization of relations with Russia, Moscow is ready. Lavrov added that if Zelenski wants to discuss Donbass, he should do so within the Contact Group, which, according to the decision of the Normandy format, should consider all issues directly between Kiev and Donetsk and Kiev and Lugansk.

Relations between Russia and the West have deteriorated due to the situation with Ukraine.

The West accuses Russia of preparing an attack on that country, while Moscow rejects those claims and seeks guarantees that NATO will not expand to the east, as well as that Ukraine will not join the Alliance.

Lavrov said today that Russia wants diplomacy, not war, after the American call to "return to the negotiating table" and not to attack Ukraine. "We chose the path of diplomacy decades ago," Sergei Lavrov said in an interview broadcast throughout Russian media.

He said that Russia must work with everyone and that is its principle. "If it is up to Russia, there will be no war. We do not want wars. But we will not allow our interests to be rudely trampled on, or ignored," Lavrov concluded.

Lavrov also said that the American side was not threatened during the meeting in Geneva on January 21, which was also attended by US Secretary of State Antony Blinken.

"I assure you that we discussed only security guarantees and then I drew attention to the absolutely unacceptable situation with our diplomatic mission. Then, we suggested that our experts meet in two weeks. I assure you, there were no threats," Lavrov said, as TASS reports.

Lavrov made this statement, as TASS adds, after Blinken said that an U.S. diplomats were being evacuated from Kiev after the talks in Geneva, and that some threatening words were uttered at the meeting.