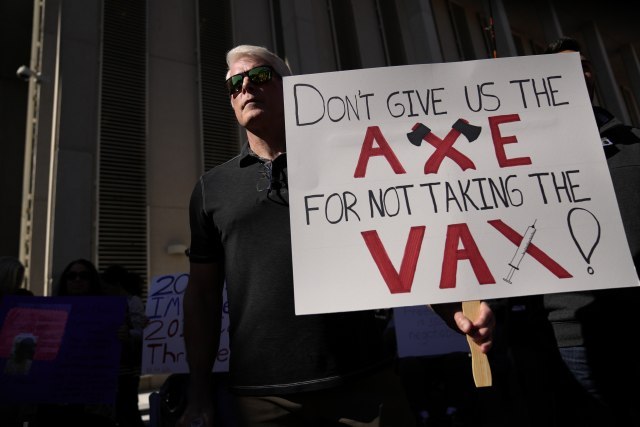 According to the reports of the "Daily Beast", the doctors fell ill earlier this month, after attending a gathering where they talked about alternative ways of treatment and protection against COVID-19.

He added that he did not think that the conference would become a hotbed and said that he believed that the infected doctors became infected in their countries even before they came to the gathering.

Among the infected doctors is Bruce Boros, a cardiologist who advocates the use of ivermectin as an effective treatment for COVID. "My wife and I started taking ivermectin 16 months ago. I have never felt healthier in my life," Boros said at the rally, according to the Daily Beast. He is said to have contracted COVID two days later.

He said that he was angry that his father (97) received the vaccine, saying that he was "brainwashed" and added that his father died on the day of the conference. Little stated that doctors are being treated with ivermectin and that "Bruce is feeling well".