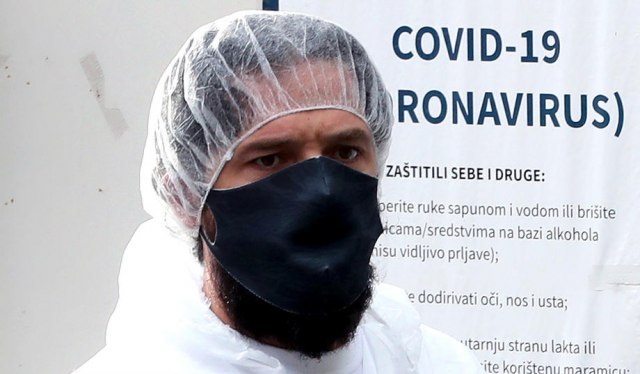 According to the local media, which referred to unofficial information, it is expected that it will be announced today that more than 600 people became infected with coronavirus in Slovenia in the last 24 hours. Shortly afterwards, official data arrived: 707 new cases, out of 4.902 tested.

Such a number has not been recorded in Slovenia since the outbreak of the pandemic, and a similar situation took place this morning in Croatia. First, the media went public with unconfirmed information about the shocking number of newly infected, i.e. that there will be over 700 of them, and shortly afterwards, the official number followed - 748.

It is also, as in Slovenia, an absolute record in the number of newly infected.

Government spokesman Jelko Kacin confirmed last night that a new record was registered during the day in the number of daily infections, over five hundred patients. According to him, all conditions for the introduction of the strictest measures from the penultimate, so-called orange phase, were met that should limit the spread of the virus and its exponential growth.

Otherwise, the government would declare an epidemic again and introduce restrictive measures similar to those in the first spring wave.

The situation is similar in Bosnia-Herzegovina - the number of infected is growing. During the last 24 hours, 11 people died, while 476 were newly infected. Out of that, 335 COVID-19 positive cases and eight deceased patients were registered in the Federation of Bosnia-Herzegovina alone.

In Republika Srpska, 141 new cases of coronavirus infection and three deaths have been registered, the Institute of Public Health announced today. 642 samples were tested.

Most newly infected are from Banjaluka - 72.

In the Republic of Srpska, 10.731 cases of coronavirus have been confirmed so far, and a total of 328 people have died as a result of the infection.