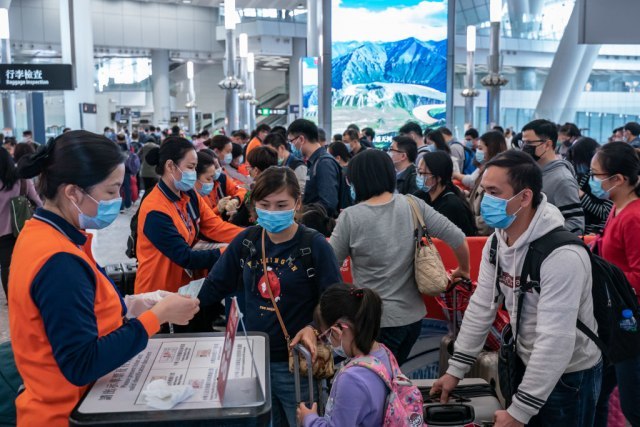 At the same time, by Wednesday night, the number of infected had reached 7,711, with another 12,168 cases suspected, Reuters reports.

According to the BBC, after the Tibet case, a new coronavirus has been confirmed in all Chinese regions.

The Hubei Provincial Health Commission said the death toll in the province had risen to 162 by January 29, while China’s Wuhan city is the center of an outbreak of a new coronavirus.

Zhong Nanshan, one of China's leading respiratory disease experts said Wednesday that he expects the peak of coronavirus infection to come in 10 days.

Other Chinese experts say the peak should be in a few weeks, and Gabriel Leung, of the Chinese Institute of Public Health, believes that the largest number of people infected by the epidemic in major Chinese cities will come in April or May and that the number of patients start to notice in June and July.

The Chinese Surveillance Commission has announced that it will severely punish all civil servants and officials who fail to comply with the measures prescribed in the fight against coronaviruses that are in effect.

The chief inspectorate's statement said that anyone who disobeys and does not follow Chinese President Xi Jingping's instructions to fight coronavirus will be punished, Reuters reports.

It is also alleged that anyone who does not perform their duty and abuses the means and materials intended for rescue will be punished. So far, 170 people have died from coronaviruses in China and more than 7,700 people have fallen ill.

In addition to China, it is known that cases have been registered in 16 other countries. Those who come to China from their home have undergone medical checks since entering the country.

There are no confirmed cases of coronavirus in Serbia.

The World Health Organization will meet again Thursday to decide on a possible declaration of a global emergency due to coronavirus.