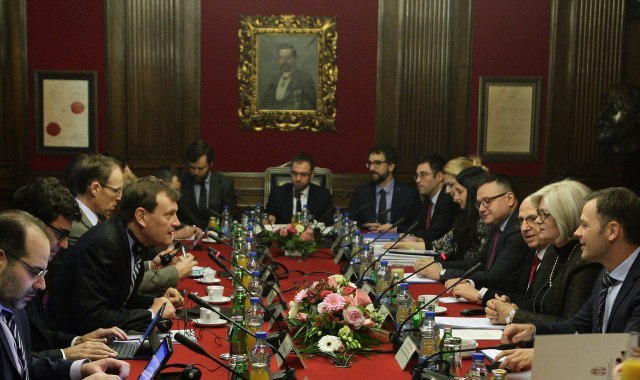 The National Bank of Serbia (NBS) said the Serbian delegation was led by Governor Jorgovanka Tabakovic, while ministers of finance and economy took part in the conversation, said Beta.

The goal of the program is maintained macroeconomic and financial stability and continued structural and institutional reforms to encourage faster and comprehensive growth, create jobs and improve living standards, it was said at the time.

Iplementation of macroeconomic and structural reform programs backed by a Policy Coordination Instrument will be discussed during the visit, the NBS said in a statement.

The delegations will also talk about 2019-2020 outlooks and projections and announce the topics of this year's consultations under Article IV of the IMF Statute.

The previous consultations with Serbia were held at end-August 2017.