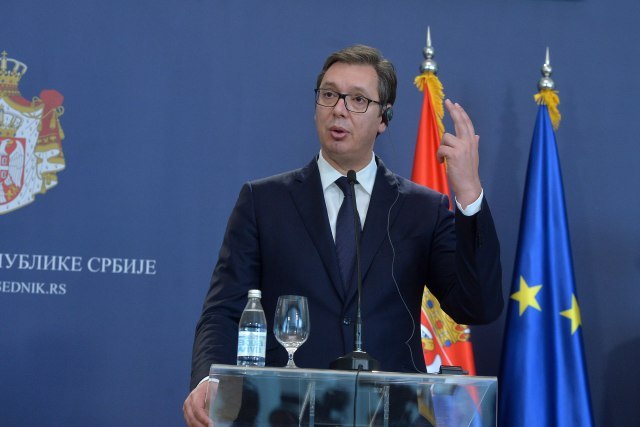 According to the newspaper, "this most important accolade will be given to a Serb once again after almost 100 years - and that speaks the best about the stance of the Russian leader toward the head of our state."

The last Serb recipient of the decoration was the famous long-serving head of the government of the Kingdom of Serbia Nikola Pasic, while other Serbs before him to be presented with the Order of Alexander Nevsky include Sava Vladislavich-Raguzinsky, Baron Petar Duka, Prince Nikola Petrovic Njegos, King Milan Obrenovic, and Crown Prince (later King) Aleksandar Karadjorjevic.

They said an upcoming meeting of the co-chairs of an intergovernmental committee on cooperation was expected to be a major impetus for an increased volume of trade and economic progress of Serbia and Russia, Tanjug reported.