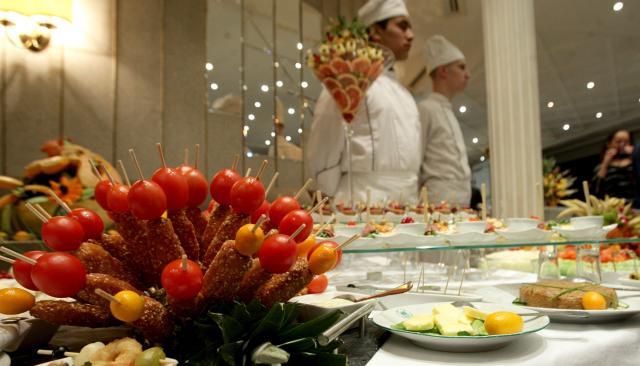 The donor event on Tuesday in Belgrade (Tanjug)

The donor dinner was organized late on Tuesday in Belgrade, and in his address, Education Minister Mladen Sarcevic recalled announcing, upon assuming office, that any reform will also include those areas of Serbia's southern province inhabited by Serbs.

"That is above all our moral, legal, and even international obligation. This came to us through an international resolution and there's no room for haggling with anybody. It's also our obligation, just as it is an obligation for each institution in Kosovo and Metohija to have quality, just as they will have in central Serbia," said Sarcevic.

He also announced that electronic class registers and "a digitized system" would be introduced in educational institutions in Kosovo and Metohija, along with "trained headmasters and teachers," while the Pristina University would be "put back on its feet."

Assistant Minister of Education Gabrijela Grujic said that a donation of RSD two million has been announced, in addition to the money raised on Tuesday. She announced more donor events - one in the town of Uzice in February, and another at a later date in Novi Sad.

Kosovo-based Serbian Orthodox Bishop Teodosije was also in attendance, and said that children in Kosovo and Metohija today live and attend school in highly aggravated conditions, and that their education is the primary task of the state and of the Church.