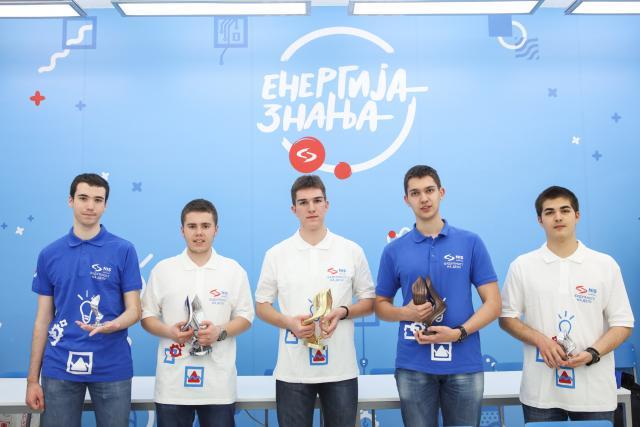 Dusan Djordjevic from Belgrade's Mathematical Grammar School took the gold; the silver medals went to Marko Susnjar and Vuk Radovic, who attend the same school, and Novak and Bogdan Stanojevic, students of the Grammar School "Svetozar Markovic" in the town of Nis, southern Serbia.

The team was led by professors and members of the Serbian Physics Society - Bozidar Nikolic from the Faculty of Physics in Belgrade and Veljko Jankovic from the Institute of Physics in Zemun.

This was the fifth gold medal and the best result that young Serbian competitors have achieved so far in international competitions for high school students.

This team's mentors and leaders were professors Dusan Sladic and Niko Radulovic.

NIS has been sponsoring knowledge Olympiads for five years now through its "Energy of Knowledge" program, with winners of national science competitions sent to represent Serbia internationally.

The company says its program is aimed at promoting young and talented students from across Serbia, helping develop science and education in the country, and in that way invest in the future.