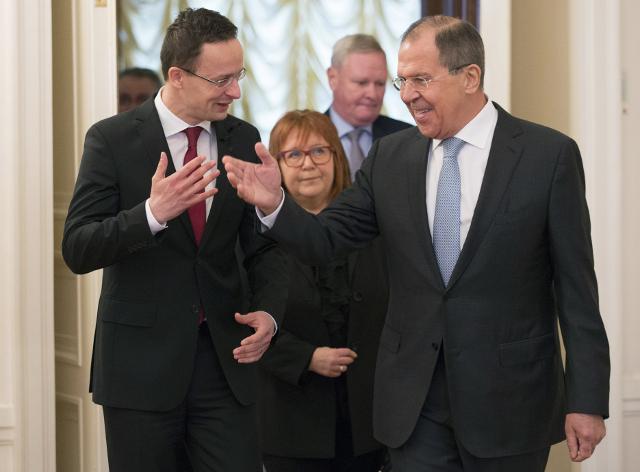 Peter Szijjarto and Sergei Lavrov in Moscow on Monday (Tajnug/AP)

The EU will see its positions wane on the global arena if it fails to build mutually advantageous relations with Moscow.

"As the new U.S. administration takes office, there is a possibility to look at things from another side," he said, adding:

"If the United States starts building international relations on a bilateral basis, if China strengthens while the European Union fails to build constructive relations with Russia amid this background, then the EU will lose its positions on the international scene."

Szijjarto also warned that "a (potential) conflict" between Russia and the European Union would have "extremely grave consequences for Hungary."

"In world history, Central Europe has always been in the worst position and that is why it is important for us that the West and the East should cooperate positively, culturally and pragmatically," the Hungarian top diplomat said, noting that the fight against terrorism was "impossible without cooperation with Moscow," and urging "negative stereotypes about Russia" to be abandoned.