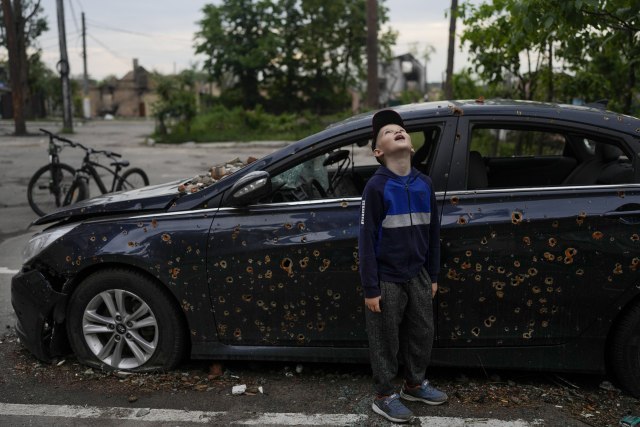 At the extraordinary summit in Brussels, the leaders of the European Union reached an agreement on the sixth package of sanctions against Russia, which includes an embargo on oil imports, said the President of the European Council, Charles Michel.

The fiercest fighting is taking place in the area of Severodonetsk. The Ukrainian army is trying to carry out a counter-offensive in the direction of the Kherson region.

At the extraordinary summit in Brussels, the leaders of the European Union reached an agreement on the sixth package of sanctions against Russia, which includes an embargo on oil imports, said the President of the European Council, Charles Michel.

"This immediately refers to more than two thirds of oil imports from Russia, which interrupts a significant source of funding for the Russian military machinery," Michel wrote on Twitter. Efforts to evacuate civilians from Luhansk in eastern Ukraine came to a halt Monday after a French journalist was killed.

U.S. President Joseph Biden said that the United States will not send Ukraine missile systems that can "reach" Russia.

The ship with the cargo left Mariupol

The first ship that entered Mariupol after the end of the fighting in this Ukrainian city, left the port with a metal cargo today, the press service of the Southern Military District of Russia told TASS.

The ship, loaded with metal, left the port accompanied by artillery of the Russian Black Sea Fleet and patrol anti-sabotage boats, it is stated in the announcement. It is planned that the ship that entered Mariupol on May 27 will deliver the cargo to Rostov on Don.

Earlier, a representative of the port administration told TASS that it is open and ready to accept ships.

Slavyansk after the shelling

NATO drone over the Black Sea

An electronic warfare system of the Russian Armed Forces interfered with the work of a NATO drone that was trying to conduct reconnaissance for Ukraine over the Black Sea, an unnamed source told Sputnik.

As it has been stated, the complexes for electronic warfare, as a result of the combined interference of the radio-technical sensors of the device, thwarted its mission.

Turkish President's chief adviser İbrahim Kalın told his U.S. counterpart Jake Sullivan that Turkey wants concrete steps regarding the existence of, as he said, terrorist organizations in Finland and Sweden, before considering their candidacies for NATO, the Turkish presidency said.

Sullivan and Kalin discussed on Monday the candidacy for the membership of Finland and Sweden in NATO and the war in Ukraine, it is stated in the announcement transmitted by Reuters.

Turkey opposes joining the two countries to the Alliance, saying it is hiding people linked to the Kurdistan Workers' Party (PKK) militant group and others it considers terrorists, and because Finland and Sweden have stopped arms exports to Turkey in 2019.

A statement from the Turkish presidency said Kalin had told Sullivan in a telephone conversation that nations wishing to join NATO must adopt the Alliance's values ​​and principles on security and the fight against terrorism.

It was also stated that it is imperative that Sweden and Finland take concrete steps regarding terrorist organizations that threaten Turkey's national security. Sweden and Finland have said they condemn terrorism and are open to dialogue.

All 30 NATO member states must give their consent in case of Alliance enlargement. 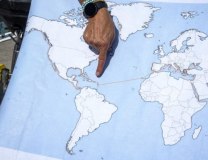