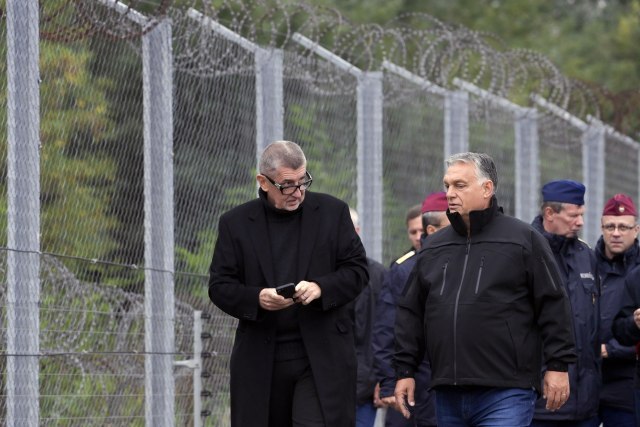 "Brussels is betraying Hungary and the Europeans. Hungary is protecting the whole of Europe. We hope that Brussels' plan could fail. It should provide help where it is needed, and not create problems for Hungary, the Czech Republic and the rest of the EU," said Viktor Orban, while touring the border with Serbia with the Czech Prime Minister Andrej Babiš, Hungary Today reports.

He reiterated that the EU should protect the Schengen borders to the south, just as Serbia should have already become a member of the Union and the Schengen zone. "If Serbia had already been admitted to the bloc, we would have been safer," Orban said.

As he said, Hungary will soon face greater pressure regarding migration on its southern border.

During his tour of the Hungarian-Serbian border, together with the Czech Prime Minister Andrej Babis, he said that although the fence on the border with Serbia has been fixed, even more officials will be needed to protect it, reports the Hungary Today portal.

According to him, in 2015, Hungary withstood the "invasion" of more than 400.000 migrants who claimed that German Chancellor Angela Merkel had invited them to Germany, and that he then decided to build a fence on the southern border after it became impossible to preserve public security.

The fence set up along the border with Serbia is guarded by about 4.500 officials, which is a big expense for the state budget, adding that Brussels has done nothing to help Hungary covering those costs.