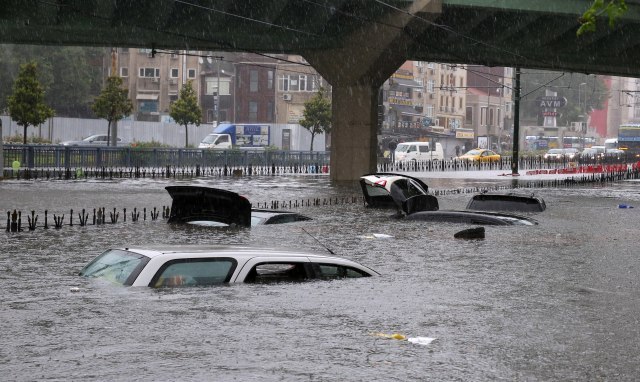 Heavy rains affected the province of Rize, as well as other areas, and torrents and landslides caused great material damage.

Many residential and business buildings were flooded, as well as agricultural land.

Many businesses in the industrial zone in Murgul, Artvin, were also flooded.

A river overflowed in the Arhavi district of Artvin due to heavy rainfall, causing a torrent of water to carry many vehicles and flooding many residential and commercial buildings.

Since the exits from the buildings were blocked, many citizens remained trapped in their homes. They were assisted by the competent services, which rescued them by boat.

Water also spilled on the roads, and agricultural areas were flooded.

The bridge in the Arhavi district is currently closed to traffic due to security reasons.