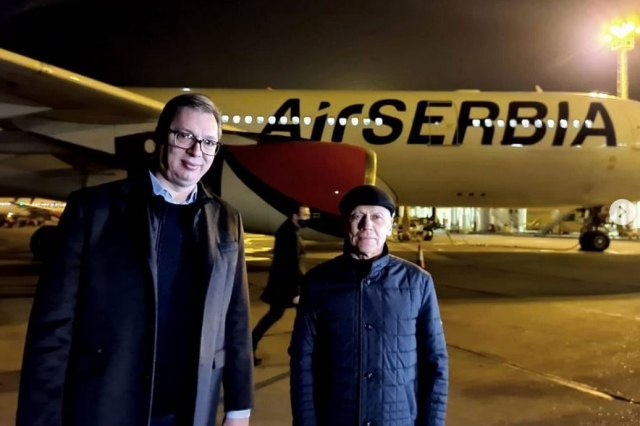 The Sputnik V vaccines, 100.000 doses for revaccination, were delivered by Air Serbia plane.

Vučić told Botsan Kharchenko that another 58.000 Pfizer vaccines will arrive in Serbia tomorrow, but that after the Chinese vaccine, Serbia has acquired the most of Russian vaccines.

He added that he talked with Ambassador Botsan Kharchenko about the production of the Russian vaccine, which will be a difficult task.

"We are at the beginning, it is not going to work in a day. We will pack first, I hope by June, and then we will see what we do," Vucic mentioned. According to him, Pfizer will reduce the delivery to Serbia in the coming weeks, it will be 16.000 a week, and then a little more at the end of March and in early April. Vučić said that Serbia provided 2.620.000 vaccines, for about 1.400.000 people. "It is important for our small country, and we have not received any vaccine from the COVAX program," he said.

As he said, thanks to friends and freedom policy, Serbia managed to provide vaccines for 25% of the adult population.

"I want to thank Putin"

As he said, the essential work in the coming period is ahead, and that is to make the production of the Russian vaccine in Serbia by the end of the year.

"Coronavirus will not go away, it will not disappear, we will just have to get vaccinated regularly, and the procurement of vaccines will be something we simply solve," he said.

He said that 20 million doses is the capacity of Serbia, and that we would divide the rest in the region.

Ambassador Botsan Kharchenko said that he would pass Vucic's messages onto Putin.

"The cooperation is constructive and in accordance with the high-level agreement between President Putin and Vučić. There is a similar saying here and in Russia - a friend in need is a friend indeed, this is important that this cooperation confirmed that we are friends and have fraternal relations. We are ready to help each other in every situation", he said.

He confirmed that the delivery of vaccines from Moscow will be continued, so that the vaccination process will continue uninterrupted.

"The delivery came just in time, because now is the time to make a turnaround in the development of the epidemic situation for the better. This is a crucial moment. I believe that our delivery of Sputnik V will help improve the situation in fraternal Serbia," he said.

According to him, he will do everything to ensure that in June, Serbia has the opportunity to pour, pack and distribute Sputnik V, and by the end of the year, the production of Sputnik V for the region.

"The lives of our people are important"

Vučić said that the EU decision on the export of the vaccine does not refer to Serbia and the Western Balkans, but to other continents.

"We haven't received anything from the COVAX program yet, but I hope we will get it by the end of March. But Serbia is not covered by that, so that I don't complain and be unfair. As for their rules - what can I say about it?" he said.

He mentioned that some rich countries ordered 10 times more vaccines than they have inhabitants, and they talk about solidarity.

He added that as a small country, we have shown that you do not have to be rich, but that you have a good state of your finances, that you have good political friends, a freedom policy and friends who want to help.

"I expect a large delivery of Chinese vaccine in a few days," he said. As he stated, he showed that the lives of the citizens of Serbia are more important to him, and that it is more important than a praise or reproach coming from Brussels.

"Now I know that we have saved hundreds of thousands of lives in Serbia," he said. 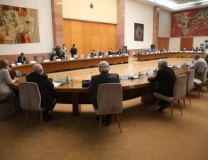