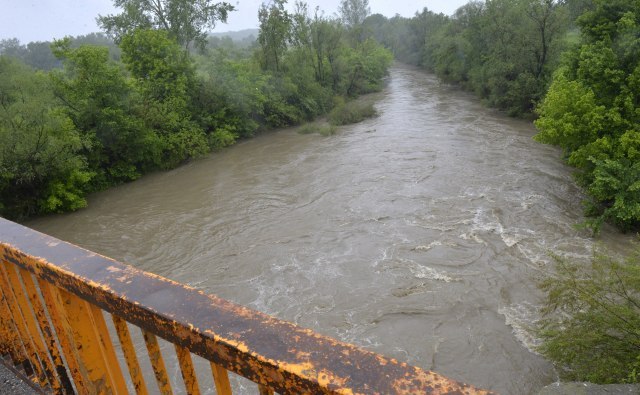 A statement on Wednesday said the center is taking all necessary measures of increased preparedness.

The Center noted that according to the intergovernmental agreement between Serbia and Russias, RSHC will react in the coming period in emergency situations, not only in Serbia, but also in other Balkan countries.

Thanks to the indicators that the center receives from the satellite from the National Center for Crisis Management, it has precise information about the situation in the region, current precipitation, as well as the estimates of possible vulnerability of the population and settlements.

RSHC, located in Nis, southern Serbia, also has its own Crisis Management Center, which is intended for receiving and transmitting information on forecasting, modeling and calculation of emergency situations, as well as monitoring.

However, RSHC indicates that it can only react to at explicit invitation of the affected parties, or the governments of interested states. This also applies to flood events, as they are now registered in some areas of Bosnia-Herzegovina.

RSHC and the operational forces of the Ministry of Emergency Situations of the RF over the past ten years repeatedly confirmed their professionalism, efficiency and equipment, not only in Serbia, but also in the Balkans.

Among the results of the work are hundreds of saved lives, suppression and elimination of consequences of floods and fires, providing and delivering humanitarian aid and funds to vulnerable populations in Serbia, Bosnia-Herzegovina, Albania, Slovenia, as well as professional training to specialists from the Balkan region.